Productivity levels at the world’s top 30 container ports have demonstrated little sign of improvement over the past two years, and ports in several world regions are showing worrying levels of decline, according to the latest port productivity analysis by IHS Markit, a world leader in critical information, analytics and solutions.

Relative port productivity among the top 30 ports decreased by 7.5 percent between the first half of 2014 and the same period in 2016, as indicated by port call information supplied by 74 percent of the world’s cellular fleet operators, used in combination with IHS Markit’s AISLive ship-tracking satellite data. 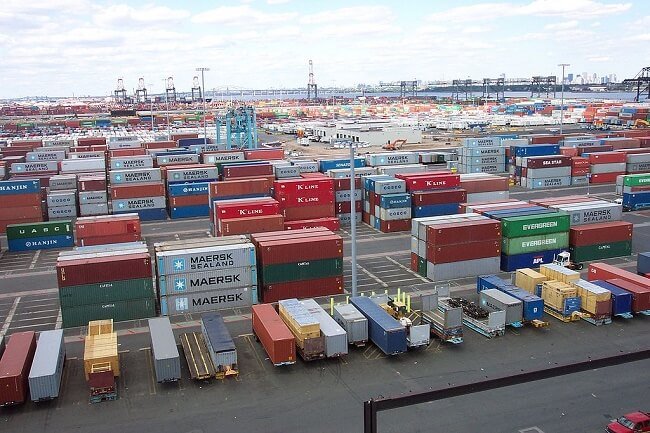 “With the exception of a few bright spots, the picture overall is not a good one,” said Andy Lane of CTI Consultancy, which carried out the bi-annual analysis of data from IHS Markit Maritime & Trade, a project initiated by The Journal of Commerce, which was acquired by IHS Markit in 2014. “Most of the declines were experienced in 2015, and we saw a slight rebound in the first half of 2016, but it was not enough to recover port efficiency back to 2014 levels.”

“The reason for the poor productivity performance across regions is largely attributed to apathy and lack of recognition as to the potential value of achieving productivity improvements.”

Key findings from the IHS Markit port productivity analysis include:

IHS Markit calculates port productivity as the number of container moves per port call divided by the total hours from when vessels arrive at port limits to the point of departure from the berth.

“Turning ships through ports and berths faster is a win-win,” Lane said. “Ships with more sea time can steam slower between ports to conserve fuel and reduce emissions, and are more likely to arrive on time at destination.”

“For the terminals, faster turnaround creates additional capacity without capex investment and therefore, the potential to increase unit EBIT (Earnings before Interest and Tax).”

Analysis of the IHS Markit Maritime & Trade container vessel call data reveals that the 7.5 percent decline in port productivity since 2014 added just below two hours for each and every mainline call at the world’s 30 most important ports. This adds several hundred millions of dollars in additional fuel costs for the ship operators, during a time when profits are elusive.

The analysis shows extensive time wastage between arrivals at a port to completion of the berthing process. Of the 25,000 vessel calls analyzed in the top 30 ports during the first half of 2016, average waiting time varied by region from 0.4 hours in North America to a whopping 7.3 hours in the Mediterranean, with a global average of 4.7 hours of idle time per vessel call being consumed.

“For every hour less spent at port, fuel can be saved by reducing speed on the next leg,” Lane said. “Even with a generous target of three hours of waiting per call, 1.7 hours of every port call can be eliminated and converted to slower sailing, which for the industry’s 400,000 port calls per year could add up to a potential value pool of close to USD1 billion.”

“As a shipping line, if you implement a single standard and measurable arrival process across your entire network, beginning with ports immediately prior to long sea passages, such as Busan, Singapore, Colombo, or Los Angeles, there are huge savings to be made,” Lane said.

In a previous IHS Markit analysis, it was determined that just a 5 percent improvement on operating productivity (between first and last container lifts) has the potential to further reduce ship’s fuel costs by half a billion dollars per year globally.

“For the ship operators, the low-hanging fruit has already been harvested and consumed; however, further effort is still required to reduce costs below revenue levels,” Lane said. “Mid-level fruits include squeezing out costs from port productivity and achieving greater network efficiency. These are more complex areas of improvement, and require a change in behavior, mindset and processes from both shipping vendors and terminal operators, but ultimately, everyone gains.”

The IHS Markit Port Productivity analysis is a bi-annual report compiled, analyzed and published by The Journal of Commerce, a publication under IHS Markit Maritime & Trade.

IHS Markit AISLive is a real-time, satellite-based ship tracker delivering updated movements for 130,000-plus ships and vessels every 60 seconds, including activity at 15,500-plus ports and terminals worldwide.

Cruise Ship Anthem of the Seas Battered By Storm To Return To New Jersey
Kongsberg To Assist Damen Build World’s First Fully-Electric Ship-Handling Tug
Want to share your tips and advice? Got questions? Visit the community forum to ask questions, get answers, meet people, and share your tips!