The Victorian International Container Terminal (VICT) at Melbourne’s Webb Dock has been declared a Port of Convenience (PoC) by the International Transport Workers’ Federation (ITF) at its 44th Congress in Singapore.

ITF president Paddy Crumlin said unions believe a fatal accident could be imminent at the VICT, with a number of serious safety-related incidents reported by the workforce recently.

“It is a big step to declare a Port of Convenience but the VICT continues to ignore the entirely justified concerns of its workforce over their safety and shift arrangements,” said Mr Crumlin, who is also the national secretary of the Maritime Union of Australia. 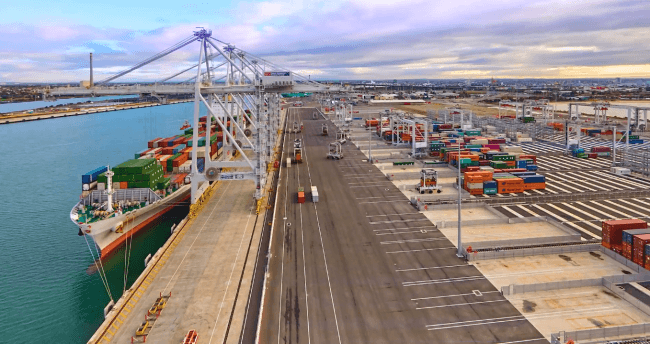 The ITF-affiliated MUA has been campaigning against the Philippine-based multinational port operator ICTSI over the significant undercutting of rates, conditions and industry standards on the Australian waterfront; the shifting of automated port jobs to the Philippines and poor safety standards at the VICT terminal.

The VICT is also currently facing legal action over the unlawful sacking of a union delegate and paying wages that undercut the legal minimum wages under the industry award.

“All maritime affiliates are now considering what lawful action may be required to give effect to the PoC campaign,” added Mr Crumlin.

The ITF has uncovered serious exploitation across ICTSI’s global terminals with the company fast becoming one of the most controversial in the maritime industry.

“ICTSI has tried to bring its anti-worker business model, that they have run out all over the world, to Australia and we won’t tolerate it.”

“This workplace is unsafe, and threatens the standards that union activists over generations have built up. The transferring of automated jobs offshore is something the MUA will fight with all our resources and all the resources of the Australian trade union movement,” Mr Tracey said.

“The MUA thanks the ITF and our brothers and sisters in the international trade union movement for their support in taking this step and declaring the VICT a Port of Convenience.

“Hopefully, this step can ramp up pressure on the company to intervene immediately before a worker is killed or seriously injured,” Mr Tracey added.

India Takes Measures To Deal With Piracy At Sea

Goodbulk Ltd. Announces Delivery Of Capesize Vessel
Port Of Rotterdam & Uniper Join Hands For Production Of Green Hydrogen
Want to share your tips and advice? Got questions? Visit the community forum to ask questions, get answers, meet people, and share your tips!