International Container Terminal Services Inc. (ICTSI) is set to order the most modern equipment that will have the largest vessel handling capability in the Philippines, existing or planned, and at par with those used in major developed markets around the world.

The massive order for the Manila International Container Terminal (MICT) includes five post-Panamax quay cranes capable of servicing up to 13,000-TEU boxships, the largest in the intra-Asia trade. Also on order are 20 rubber tired gantry cranes. 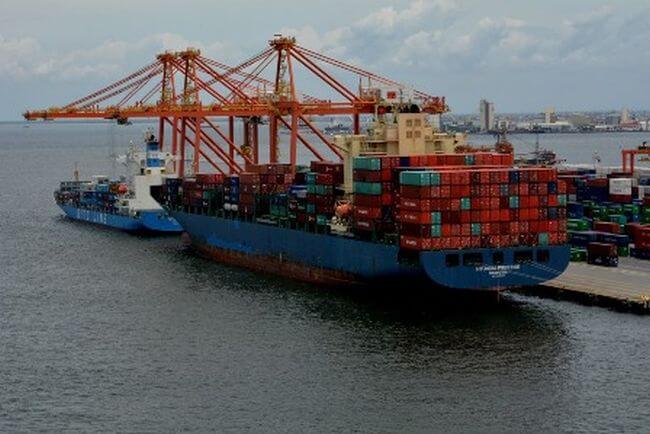 The purchase, along with the construction of another berth, is part of ICTSI’s USD80 million capital equipment program for the MICT.

With a maximum reach of 20 containers across and twin lift rated load capability, the post-Panamax quay cranes are capable of servicing single-ocean box ships, too large to pass through the Panama Canal. The capital equipment program would enable the MICT to service new generation vessels with capacities of up to 13,000 TEUs, setting a new standard for container terminal operation in the country.

“Hitting the two-million mark last year is a clear indication that we need to further expand our operation in response to the direction of the market. We also have to address the growing consolidation trend happening with major carriers that have them deploying larger capacity vessels,” says Christian R. Gonzalez, ICTSI Senior Vice President and Regional Head of Asia Pacific and MICT.

The 2 millionth TEU milestone triggered a multi-billion peso capacity improvement commitment with the Philippine Ports Authority (PPA). The program is in line with the projected increase in container movement as a result of an improving Philippine economy despite the global downturn in the container shipping industry.

“We have always been steps ahead of the game in terms of planning. By the way things are looking, there is a legitimate need to invest in equipment and construct an additional berth in the near future. We need to ensure expansion is ahead of the curve in terms of being prepared for an increase in vessel sizes,” continues Gonzalez.

In 2015, ICTSI deployed new-generation reach stackers at the MICT to improve operational efficiency as volume continued to grow. Earlier in 2014, the MICT completed the construction of Yard 7, which added four hectares of yard space to the terminal or roughly 500,000 TEUs, and further extended the terminal’s berth to 1,700 meters. With the recent expansion, MICT’s annual capacity increased to 2.75 million TEUs.

ICTSI has several other projects in the pipeline for its Philippine operation that should pave the way for it to become a complete logistics provider. These include the revival of the rail link between MICT and the recently opened Laguna Gateway Inland Container Terminal in Calamba. It has also recently submitted a proposal to build a roll on-roll off barge terminal in Cavite, south of Metro Manila.