The International Chamber of Shipping (ICS), which represents the global shipping industry, is very concerned by reports that a merchant ship, the Palau-flagged tanker ‘Elhiblu 1’, had been taken over by migrants rescued in the Mediterranean Sea, reportedly because the ship was going to return the some 100 rescued persons to Libya.

ICS is still establishing the details of the ongoing incident but welcomes initial reports that the Maltese authorities have taken action to ensure that the situation is safely resolved.

ICS Secretary General, Guy Platten said: “ICS is carefully watching this new development, which it will seek to raise with the UN International Maritime Organization which is in session in London this week.” 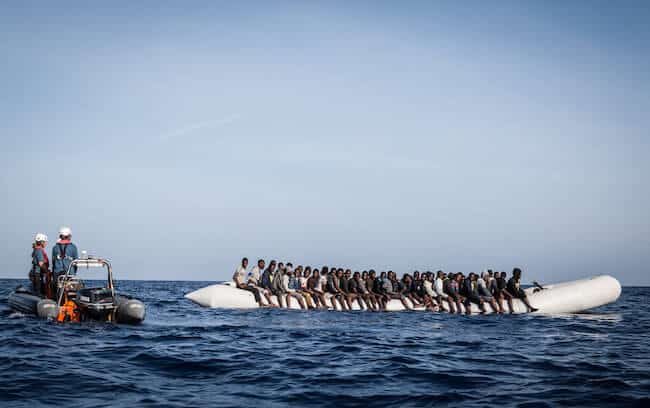 He added “If a ship is directed to disembark rescued people in Libya, it creates a potential for conflict between the crew and desperate and frustrated people that might object to being returned. Given the numbers picked up in such large scale rescue operations, the crew of the rescuing ship can easily be outnumbered and overwhelmed. Masters of merchant ships should expect that coastal states’ search and rescue authorities will coordinate and provide for disembarkation in a place of safety, both for those rescued and for the seafarers involved in the rescue.”

”The merchant seafarers on board the ship involved in these incidents are civilians,” said Mr Platten. “They can be severely affected by the traumatic situations they have to face, having complied with their legal and humanitarian obligation to come to the rescue of anyone found in distress at sea.”

Merchant ships are still diverted by Rescue Co-ordination Centres to support large scale rescue operations in the Mediterranean, having rescued tens of thousands of people since the current crisis began in 2015.