The Iceland Nature and Conservation Association and the Clean Arctic Alliance welcomed the new regulation issued by Iceland’s Minister for the Environment and Natural Resources, Guðmundur Ingi Guðbrandsson, to restrict exhaust emissions containing high levels of sulphur from being burned by ships in Iceland’s territorial waters, i.e. 12 nautical miles, but highlight that while Iceland is making a positive step forward in cleaning up shipping emissions, the new rule contains a loophole that allows vessels to continue to burn polluting heavy fuel oil and emit black carbon, provided they use scrubbers to remove sulphur from the exhaust emissions 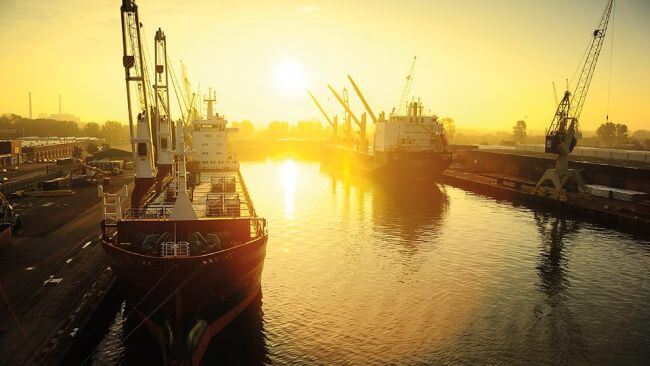 “Iceland’s new regulation to limit exhaust emissions with high levels of sulphur from shipping in Iceland’s waters is a positive step forward by Environment Ministers Guðmundur Ingi Guðbrandsson, but fails to address emissions of black carbon, which accelerates Arctic sea ice melt, and in turn accelerate the effects of human-induced climate change,” said Árni Finnsson, of the Iceland Nature Conservation Association. “The only viable step forward is for Iceland to completely ban the use and carriage of heavy fuel oil from its territorial waters, ahead of an International Maritime Organization ban currently in development to ban its use and carriage in the Arctic”.

Using a scrubber to extract the sulphur from a ship’s exhaust results in the production of scrubber effluent or waste which will need to be disposed of. Most scrubbers are “open loop” which means the waste produced , which can be high in sulphur and also other pollutants such as heavy metals and polyaromatic hydrocarbons, can be dumped straight into the sea. There are also concerns that if a scrubber malfunctions in cold temperatures or due to ice, ships will continue to burn HFO and will emit high levels of Sulphur.

In addition, two other threats will remain. Continuing to use HFO along with a scrubber may reduce black carbon emissions somewhat, but it will not however prevent emissions of black carbon entirely. Black carbon is a climate forcer which when emitted into the atmosphere remains there for days to weeks before being deposited back onto land or water. If it is deposited onto snow and ice in the Arctic, it accelerates sea and ice melt, increasing the area of exposed, dark ocean water which absorbs more heat, and promoting the self-reinforcing cycle of human-induced climate warming.

The other threat is that the amount of HFO carried by ships in the North Atlantic and into the Arctic will not be significantly reduced by Iceland’s new regulation, which means the risk of severe damage to the ocean ecosystem in case of an accidental HFO spill will remain. Cleaning HFO once it enters the marine environment, particularly colder Arctic waters, is virtually impossible.

The Iceland Nature and Conservation Association and the Clean Arctic Alliance urge the Government of Iceland to ban all vessels which burn or carry HFO, from entering Icelandic waters. Banning the use and carriage of HFO and switching to lighter distillate fuels, eliminates the threat from sulphur emissions, reduces black carbon emissions and removes the HFO spill risk entirely. Furthermore, together with the other Nordic nations, Iceland should demonstrate leadership at the forthcoming meeting of the Pollution Prevention and Response sub-committee (17 – 21 February, 2020) of the International Maritime Organization (IMO), the UN agency responsible for regulating international shipping, in seeking a ban on the use and carriage of HFO in Arctic waters, by means of an amendment to MARPOL Annex I.

A Guide To Scrubber System On Ship