Hyundai Heavy Industries (HHI), the world’s largest shipbuilder announced today its board of directors meeting held today that it has decided to split its non-shipbuilding divisions into independent companies in an effort to improve management efficiency and sharpen its core competitiveness. 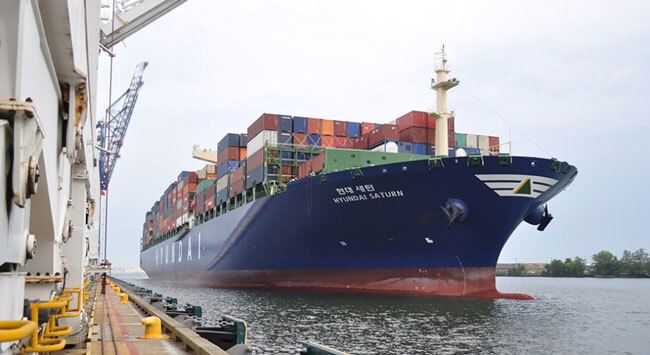 An HHI official said, “So far we have been placing an emphasis on disposal of non-core assets and businesses as part of management rationalization measures. Now is the time for us to shift our focus to fostering core businesses of to-be-established business entities. And the spin-off is the starting point.” Amid a dearth of new orders and sluggish global economy, for the past months HHI has been active in selling or liquidating non-performing units including Hyundai Cummins (construction equipment engine), Jake (wind power gear box) and Hyundai Avancis (thin solar panel), and disaffiliation of Hyundai Corp, Hyundai Finance Corp and Hyundai Venture Investment Corporation.

The official added, “Despite the different natures and sectors they operate in, our existing non-shipbuilding divisions have been operated and managed under an umbrella of Shipbuilding Division. In the process, we have witnessed inefficiency in the management of the company. Due to the structure, divisions with a smaller portion of company-wide sales have not been well positioned to secure independent competitiveness.”

The official went on to say that, “The spin-off is one of the final measures in the KRW 3.5 trillion worth management improvement plan we drafted for creditors in May this year. By carrying out the plan preemptively, we aim to regain trust from the market and lay a solid foundation for take-off. What’s noteworthy is the fact that we can also lower the debt-to-equity ratio to below 100% by transferring the existing debt of HHI to separate companies on a pro rata basis, and thus in turn enhancing our financial soundness.”