Hyundai Heavy Industries (HHI) announced on 3rd February, that it held the production ceremony of the 5,000th propeller at its Ulsan factory.

The 5,000th propeller measuring 10.6 meters in diameter and 77 tons in weight is scheduled to be installed on a 300,000 DWT VLCC ordered from Athens-based Thenamaris by the end of this month. 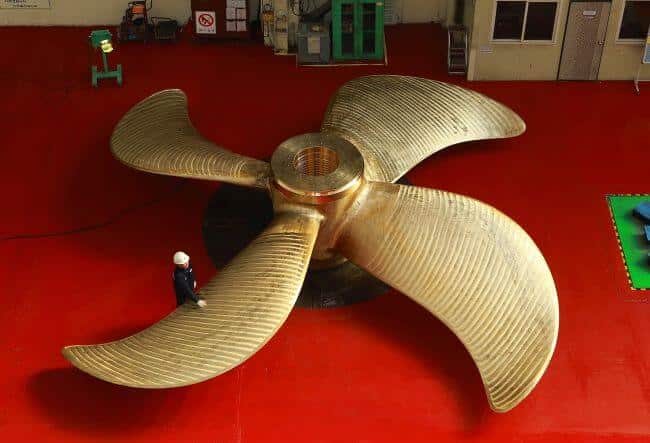 HHI is not just the only Korean propeller manufacturer capable of churning out large-sized ship propellers heavier than 40 tons, it also has the biggest pie in the global ship propeller market with the market share of 31% as of 2015.

Moreover, HHI applied furan resin process to large propeller casting for the first time in the world in 2003. The process named ‘Furan method’ is a foundry technology used as a binding agent for casting enabling it to make propellers cheaper and faster.

An HHI official said, “With the goal of developing 25% lighter propellers by 2018, we are currently developing new type of propellers made of composite material. We will continue to make efforts to keep our standing in the global market with tireless technology development and quality improvement.”