Hyundai Heavy Industries (HHI) Group , the World’s largest shipbuilding group , announced today that it signed contracts,financed by Korean financiers to build 14500 TEU class containerships and 49000 DWT product/chemical carriers with Islamic Republic of Iran Shipping Lins (IRISL), one of the biggest shipping companies in the middle east, at Seoul office on December 9 . The negotiations for these contracts had commenced in December 2015 with mutual good will and a series of constructive meetings in Seoul and Tehran, resulted in signing of the contracts on December 9,2016 in seoul .

In addition to the contracts, HHI plans to discuss and pursue technical cooperation with Iran to develop the shipbuilding industry at local Iranian shipyards at the request of IRISL. 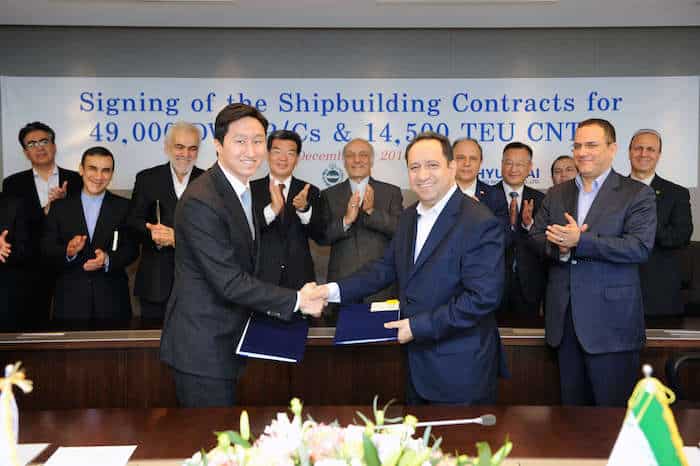 The boxships are to be built by HHI and the product/chemical carriers to be built by Hyundai Mipo Dockyard both in Ulsan,korea and all the vessels meet the latest IMO Tier III requirement,limiting NOx emission.

The aforementioned contracts are the first shipbuilding orders that resulted from successful negotiation subsequent to the execution of JCPOA in January 2016 between The Islamic Repubilc of IRAN and P (5+1).