A Southampton-based maritime charity will lower its flag to half-mast today (3 August) to commemorate the sinking of a hospital ship 100 years ago, which caused outrage across the nation when it was torpedoed in the English Channel, killing 123 people. 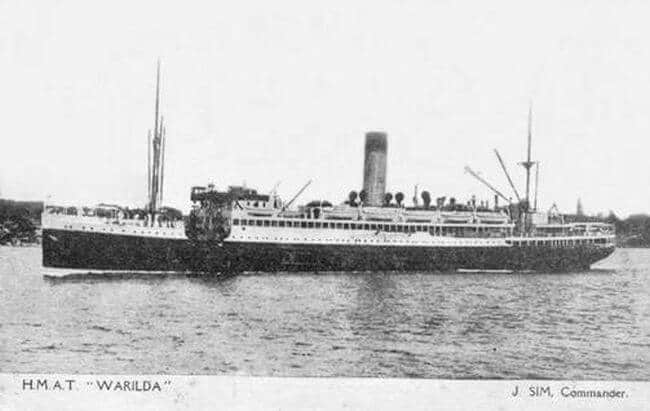 His Majesty’s Australian Transport (HMAT) Warilda was transporting hundreds of wounded soldiers from the French port of Le Havre to Southampton when, despite being clearly marked with the Red Cross, it was struck by a single torpedo from a German U-boat.

Upon impact the ship’s starboard propeller was disabled, the engine room flooded and the steering gear obliterated. Unable to steer, the Warilda continued moving in a circle at 15 knots – making it difficult for those on board to escape in lifeboats.

The ship remained afloat for almost two hours before sinking into the channel.

Survivors were taken to the Royal Victoria Hospital in Netley and the Jellicoe Sailors’ Rest, which was based in Washington Terrace (now Orchard Lane) and run by Southampton-based maritime charity Sailors’ Society.

The charity’s Southampton port missionary at the time, P. J. Pitter, wrote: “Many of the men were without clothing at all and at the last minute had secured a blanket for covering. Others had very sparse clothing and still were wet, the result of their sudden immersion.

“I saw three men who had been torpedoed twice and three times previous, and by these men the name of Sailors’ Society will be remembered as long as they live. 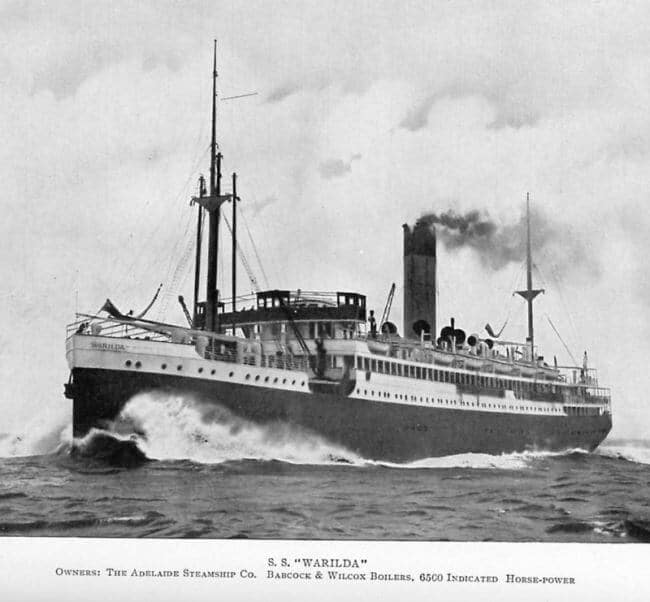 “Outside gathered a great company of mothers, wives and children, and it took us all our time to answer the thousand questions that were put to us concerning their dear ones. One young woman suddenly espied her husband making his way to the bathroom. She immediately ran to him and, embracing him, exclaimed, ‘Thank God, Jack, you are safe!’”

Private J. Adam Ogden, a 19-year old from Mansfield, was not so lucky. He had been wounded three times during the conflict. Having been rescued from the torpedoing, he was transported to the Royal Victoria Hospital in Netley, where he died five days after the sinking.

Probably the most prominent of the lost was Violet Long OBE, the Deputy Chief Controller of the Queen Mary’s Army Auxiliary Corp (QMAAC).

Violet was the last woman to leave the stricken ship, having made sure the QMAAC staff in her care were safely off.

One of those, Charlotte Allen Trowell, told reporters at the time: “I shall never forget the end of Mrs. Long who had been so kind to me. She clung to the boat into which I had been dragged and I caught hold of her by the hair.

“She exclaimed ‘Oh save me. My feet are fastened. I have lost a foot.’ Her feet had become entangled in some rope. Strenuous efforts succeeded in freeing her limbs and a Southampton sailor tried hard to get her into the boat, but she collapsed suddenly, fell back and was drowned.”

Violet’s body was never recovered; she is commemorated at Southampton’s Hollybrook Memorial, along with those lost at sea in the tragedy.

Before it sank, Warilda had carried more than 70,000 troops and wounded and in 1919 the ship’s Captain, James Sim, from Sydney, was awarded the OBE by King George V. 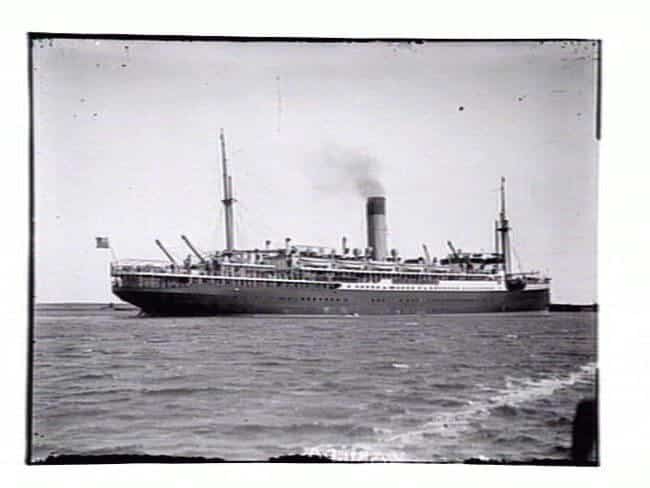 “In lowering the charity’s flag today we remember those lost in the Warilda’s sinking and during the conflict.”

Belgium And France Asked To Put An End To Tax Exemptions For Ports
Ship Collision In East China Kills 8 Seafarers, 6 Missing
Want to share your tips and advice? Got questions? Visit the community forum to ask questions, get answers, meet people, and share your tips!