On 20 September, the All India’s 10th Maritime and Logistics Awards (MALA) was held in Mumbai, India. The prestigious event has carved a niche for itself as the definitive recognition of excellence in the Indian Maritime the Logistics sector. 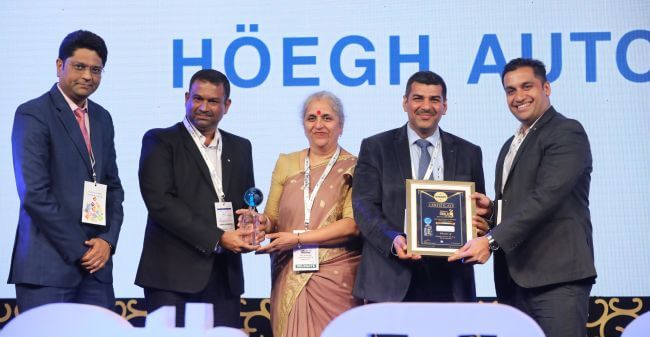 Höegh Autoliners was awarded the “Shipping Line of the Year- RoRo Operator” for the fifth consecutive year.

This is the fifth time Hoegh Autoliners India has received the MALA award successively, and we would not have reached this milestone without the exceptional team work from colleagues in India as well as the support from our Global offices.