Höegh Trotter is the sixth and final Post-Panamax vessel that will be delivered this year. 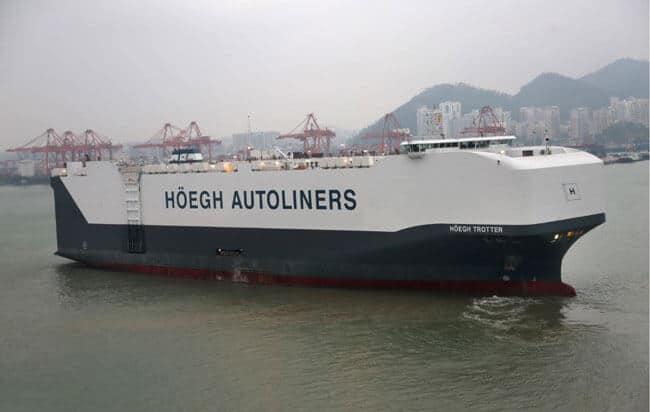 Höegh Trotter will sail in the East Asia to Europe trade on her Maiden Voyage and is thereafter planned to sail from Europe back to East Asia via Africa and Oceania.

Watch the champagne bottle break and the name of the vessel being revealed in this short video: here