The shipping industry is connected to all industries in some way or form and as companies become more global, shipping is becoming an integral part in their day-to-day operations.

This gives us a great power to drive change internationally, but it also makes us more vulnerable than other industries to global challenges, such as corruption.

According to the United Nations, “every year $1 trillion is paid in bribes while an estimated $2.6 trillion are stolen annually through corruption – a sum equivalent to more than 5 per cent of the global GDP.” Corruption is the single greatest obstacle to economic and social development around the world. 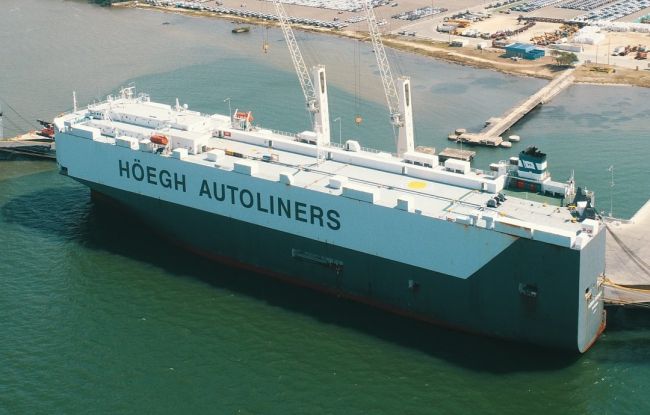 Corruption is in large a symptom of the lack of transparency in Governing National systems. After being built in to the system for decades, it becomes an integral part of daily operations in the countries. Fighting such a system cannot be done alone. In 2012, Höegh Autoliners, Maersk Line and other shipowners decided to start working together to really make a difference against corruption in the shipping industry and the Maritime Anti-Corruption Network (MACN) was created.

The MACN network was designed with the idea of “strength in numbers”. When members establish strong relationships with each other, they feel more empowered again corruption, and can speak out, as they have support from those inside the network. Through joint action, MACN members work in collaboration with local authorities to develop solutions that are both beneficial to all and realistic to implement.

The Suez Canal has been a consistent hot-spot for corruption, with Captains and crew facing regular demands for “facilitation payments” for passage or for routine services.

To tackle this challenge, MACN started a campaign in December 2015, called the “Say No” campaign, for Captains passing through the Suez Canal.

In order for our captains to be able to say no to demands for facilitation payments, they must feel supported by strong company policies and values. With the implementation of the campaign, we see that our vessels sailing the Suez Canal have had smoother transits. With the assistance of our agents, and support from the Company, the Captains find it easier to refuse demands and avoid situations of duress and threats on board.

Another port where Höegh Autoliners has experienced several requests for facilitation payment since it started reporting on corruption is Lagos, Nigeria.

MACN launched its first collective action project in the country in partnership with the UN Development Program (UNDP) in 2012. In 2018, MACN further pushed for the implementation of the harmonized port and vessel clearance procedures by engaging both the international maritime community and local authorities in Nigeria. The engagement included awareness training of 1,000 government officials in the ports of Lagos (Apapa), Lagos (Tin Can), Calabar, Onne, and Port-Harcourt.

Maria says, “With the implementation of the project in Nigeria we have experienced an improved ease of operations with our Captains and crew finding it easier to refute requests for unjustified payments from officials.”

Höegh Autoliners operate in many geographical areas were corruption is still a major problem.

Even though we see many improvements in regards to facilitation payments globally, our efforts have to continue if we are to have a corruption free industry. The aim is to stop the demands. Working with MACN, provides a safe forum for engagement. Members can share best practices, create awareness of industry challenges, and collectively develop solutions for tackling bribes, facilitation payments and other forms of corruption.