You are here: Home › Shipping News › HM Coastguard Assisting Vessel With A Significant List In The Solent
TwitterFacebookLinkedInPinterestBuffer

HM Coastguard is currently assisting a Russian flagged vessel that has a significant list just outside Portsmouth Harbour.

Although the vessel has developed a considerable list, it has power and is currently stable. The vessel is at anchor in the Solent and a pilot vessel is assessing the vessel’s stability and cargo. The 13 crew onboard are reported to be safe and well. 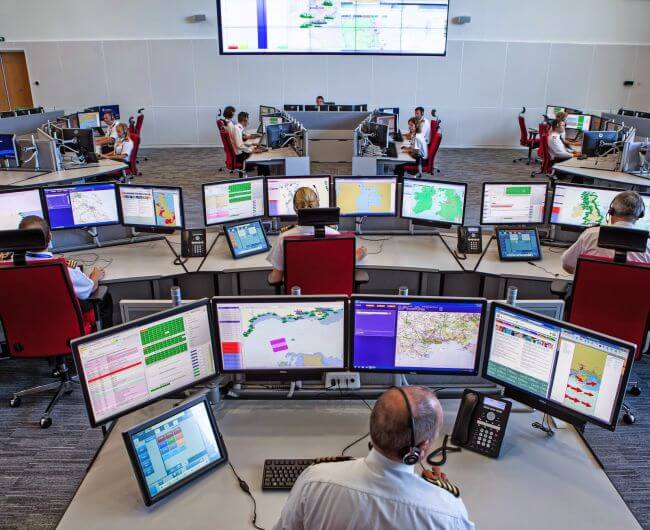 HM Coastguard is currently issuing navigational safety broadcasts every half hour to warn shipping in the area and a tug and an All Weather Lifeboat are standing by on scene.

The weather forecast is poor with severe gales and rough seas expected later today. Discussions are underway with the owners of the vessel and the vessel’s agent.

The SOSREP, HM Coastguard Commander, Duty Surveyor, Counter Pollution, Receiver of Wreck, Southampton Harbour Master and Portsmouth Duty Queen’s Harbour Master have all been informed of the incident. Further updates will be issued as the situation develops.

Plans are now underway for the Russian flagged vessel ‘MEKHANIK YARTSDEV’ to be taken to a berth in Southampton Harbour. The vessel has its own power and as a precautionary measure it will be assisted by a pilot vessel, two tugs and escorted by an RNLI All Weather Lifeboat until it’s safely alongside.

Due to adverse weather conditions plans to move the Russian vessel ‘Mekhanik Yartsev’ to a berth in Southampton Harbour were put on hold last night and the vessel currently remains at anchor in the Solent.

Later this morning surveyors are expected to visit the vessel to reassess the vessel’s stability and cargo. Plans to right the vessel will be progressed accordingly and the intention is to move the vessel into Southampton Harbour later today.

The 13 crew onboard remain safe and well. A tug remains on scene, and an RNLI All Weather Lifeboat is on standby as precautionary measure.

Southampton Harbour is making preparations to facilitate the arrival of the vessel ‘MEKHANIK YARTSEV’ into an enclosed dry dock area. Given the current wind conditions – Gale Force 7 gusting 8 with forecast for better weather tomorrow – and the fact the vessel is in a stable condition, it will remain at anchor today. It will transit in to Southampton Harbour tomorrow with tug escort. The vessel’s cargo will then be removed once it is safely alongside.

The vessel reported to HM Coastguard the loss of 30 pieces of cargo yesterday, during bad weather conditions at around 1am, approximately 20 miles south of the Worthing area on the south coast. The cargo packages are approximately 3-4 cubic metres each and contain timber. The packages are reported to have broken up resulting in individual planks floating on the surface.

For the last 24 hours, HM Coastguard has been issuing navigational safety broadcasts every half hour to warn shipping of the lost cargo in the area. The HM Coastguard helicopter based at Lee-on-Solent located the drift and direction of some of the lost cargo yesterday during a routine training exercise. Some of that lost cargo may wash ashore in the Worthing area. Local Authorities and the Receiver of Wreck have been alerted.

Maersk Tanker Robbed During Anchorage Off Indonesia
Want to share your tips and advice? Got questions? Visit the community forum to ask questions, get answers, meet people, and share your tips!