The APCD annually recognizes one small, one medium and one large business or organization for their efforts in improving air quality. CMSD was nominated by the Industrial Environmental Association in the medium-sized business category. 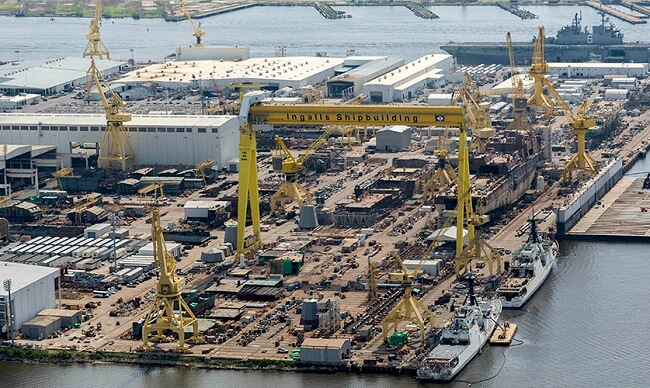 “As a master ship repair facility fixing Navy warships in one of the most environmentally sensitive and highly regulated regions of the country, I am grateful for the commitment CMSD has made since day one of our operations,” said Dewey Youngerman, CMSD’s environmental health and safety manager. “This year the Air Pollution Control District and the Industrial Environmental Association looked at CMSD’s 29 years of environmental history, millions of pounds of greenhouse gas reductions and our sustainability initiatives to make a public statement that we are doing the right things for the industry and the community.”

Huntington Ingalls Industries is America’s largest military shipbuilding company and a provider of manufacturing, engineering and management services to the nuclear energy, oil and gas markets. For more than a century, HII’s Newport News and Ingalls shipbuilding divisions in Virginia and Mississippi have built more ships in more ship classes than any other U.S. naval shipbuilder. Headquartered in Newport News, Virginia, HII employs approximately 37,000 people operating both domestically and internationally.