On Friday morning, 20 October, the approximately 13,400 TEU-capacity COSCO Netherlands arrived at CTT and left again on Saturday night. During this time, the mega-ship gantry cranes discharged and loaded approximately 7,000 TEU onto the ship. 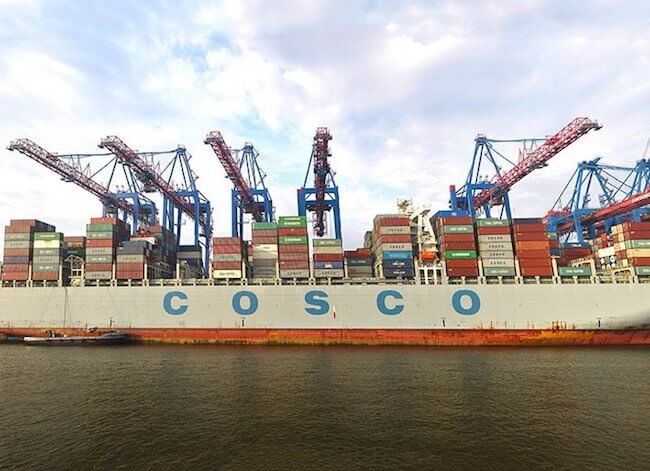 “Processing the COSCO Netherlands was a first test of our new mega-ship gantry cranes, which they passed with flying colours. The five gantry cranes are very reliable and perform as expected. Berth 5 is now perfectly equipped to efficiently process the largest ships in the world,” says CTT’s Managing Director, Dr. Thomas Koch.

The number of ultra large container vessels calling at the Port of Hamburg has risen steeply over the past two years. In the first half of 2017, ships with a capacity of 18,000 TEU or more called at the Port 54 times – more than five times as much as in the first half of 2015. For the class of vessels with capacities between 14,000 and 17,999 TEU, the number of calls has more than doubled.

“HHLA made the necessary investment at the right time to make its container terminals fit for the largest vessels in the world, which are increasingly being deployed by the shipping alliances. Our employees have the training and motivation to reliably handle even large volumes. We have three highly efficient berths in Hamburg that are able to process the largest class of vessels. This is not only beneficial to our customers – it also increases the attractiveness of the entire Port of Hamburg,” says HHLA Executive Board Member Jens Hansen.