Hamburger Hafen und Logistik AG (HHLA) acquires Estonia’s biggest terminal operator Transiidikeskuse AS. A corresponding contract was signed on 26 March. The new subsidiary will be allocated contractually and organisationally to HHLA International GmbH. This will make HHLA the market leader in container handling at the Port of Muuga, located close to the Estonian capital Tallinn. Since 2005, HHLA is also operating a container terminal outside of Hamburg in the Ukrainian city of Odessa. 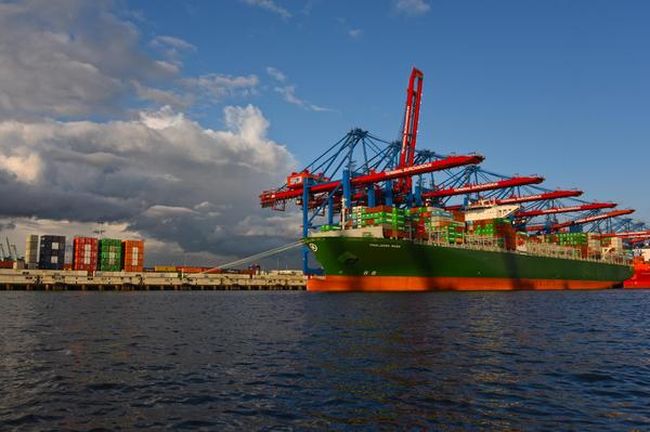 Regarding the acquisition of Transiidikeskuse AS, Angela Titzrath, Chairwoman of HHLA’s Executive Board, explains: “Estonia is one of the fastest-growing economies in Europe and a pioneer when it comes to digitisation. We are therefore pleased to be integrating Transiidikeskuse AS – already a profitable and high-performing company – into the HHLA family. One of HHLA’s targets is to grow internationally. The successful conclusion of this contract shows that we are doing just that. The acquisition enables us to enter a promising regional market that offers growth potential as a result of its geographic position and its link to the ‘New Silk Road’. As Hanseatic cities, Hamburg and Tallinn share a long history, to which HHLA is now adding a new chapter. At the same time, we will continue to enhance the Port of Hamburg by investing in facilities and technology. We are a Hamburg-based company, at home in Europe and operating globally.”

Anatoli Kanajev, founder and owner of Transiidikeskuse AS, explained: “I am glad to hand over responsibility for Transiidikeskuse AS (TK) to HHLA. HHLA has extensive experience and expertise as a container terminal operator. This will ensure that Transiidikeskuse AS will be successful in the future and will also see sustainable development.” Mr Kanajev will be part of the TK Supervisory Board.

The Port of Muuga is the main port in Estonia and an important maritime location in the Baltic region. The company newly acquired by HHLA is the clear market leader in container handling in the Baltic country and also operates a multipurpose terminal for breakbulk, bulk and RoRo handling. The location is developing into a multimodal hub as a result of regional infrastructural projects (such as the Rail Baltica project). With the acquisition of Transiidikeskuse AS, HHLA is expanding its regional diversification.

The container terminal currently has a high utilisation of its capacity of approximately 300 thousand TEU which can be increased to around 800 thousand TEU. HHLA expects to leverage synergies by further professionalising sales and operations and integrating the port operator into the HHLA network.

Completion of the transaction is subject to various conditions precedent and is expected to occur in the second quarter of 2018. HHLA’s Supervisory Board has already approved the acquisition.

Canadian Coast Guard Adds To Its Icebreaker Fleet For First Time In 25 Years
Want to share your tips and advice? Got questions? Visit the community forum to ask questions, get answers, meet people, and share your tips!