HANSA HEAVY LIFT has successfully transported the first-ever ship-to-shore (STS) cranes via the Northern Sea Route (NSR), relocating them from the port of St Petersburg to the port of Vostochny, spanning both the European and Far East regions of Russia. 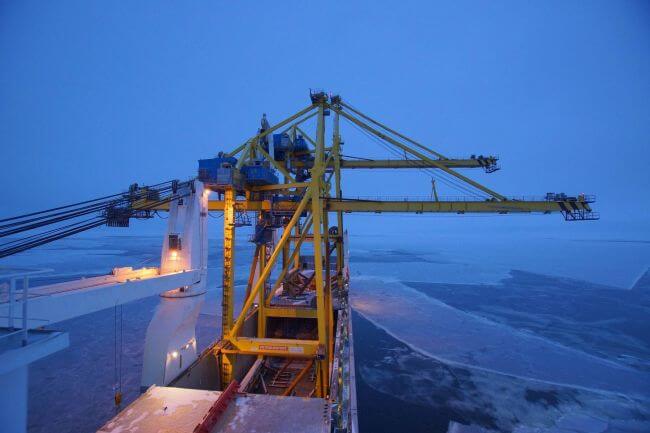 HHL Valparaiso is the first vessel to sail open hatch through the Northern Sea Route, which is covered by thick ice for most of the year and has a limited window of about two months open to cargo voyages.

This allowed the two cranes, each weighing 820 metric tonnes and measuring 61 metres in height and 92 metres in width, to be shipped partially above and below deck.

“The Northern Sea Route was the only viable option to complete this voyage in the required timeframe,” said Gleb Faldin, Commercial Manager, HANSA HEAVY LIFT. 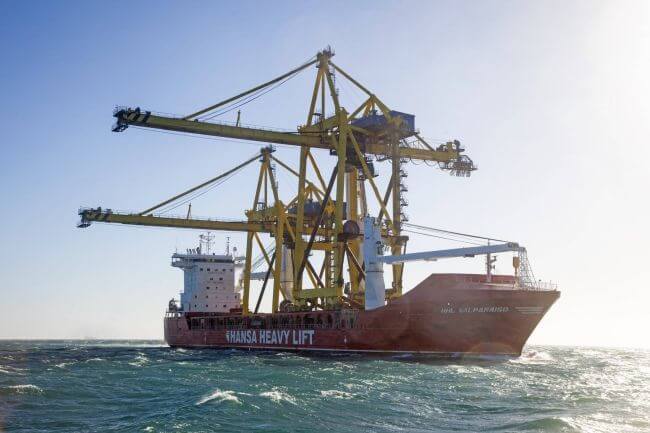 “In the Arctic there is no room for mistakes. During the passage, the vessel has limited connection and only a few points of shelter.

“It is important to understand the legal framework to navigate the NSR, to plan carefully, to be prepared for the unexpected, and most importantly to have the right team on board the vessel and in the office.”

Faldin added that a two-month delay in the cargo being ready meant that HHL Valparaiso had to be repositioned for the voyage, which was originally planned for HHL Tokyo.