HYUNDAI HEAVY INDUSTRY recently received the basic approval (AiP) for the LPG fuel supply system. This fuel supply system is a system that reliably supplies LPG fuel according to the pressure and temperature conditions of the engine. It is installed on 600,000 m3 LPG carriers.

This system separates the gas discharge system from the cargo hold and the engine room so that the engine can be repaired during cargo transportation.

The optimal design reduces the two heat exchangers and eliminates the LPG fuel tank on the upper deck, thus contributing to securing the cost competitiveness of the LPG propulsion ship. 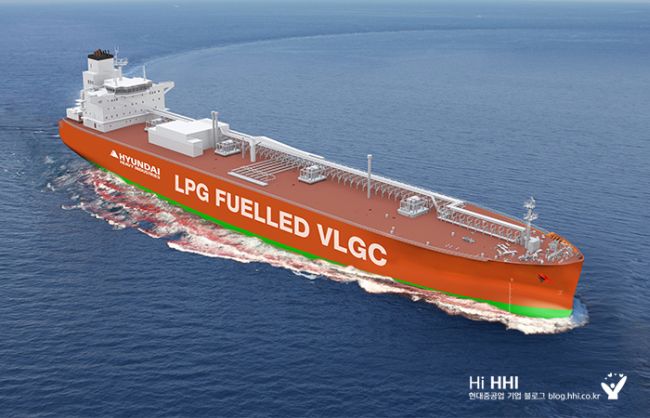 Hyundai Heavy Industries, which has delivered more than 190 LPG carriers and accumulated excellent gas control technology, is expected to launch the International Maritime Organization (IMO) Marine Air Pollution Prevention Regulation (Marpol Annex), which will limit sulfur oxide emissions from 3.5% to 0.5% from next year, and other efforts to develop LPG propulsion base technology in preparation for CO2 emission regulation (EEDI).

What is LPG Promotion Ship?

As an eco-friendly vessel that uses LPG (liquefied petroleum gas) as a fuel, it is an advantage that LPG can be easily supplied from LPG bunkering facilities built around the world.