Avikus announced that it successfully completed the fully autonomous, unmanned operation of a cruise ship for 12 passengers at a demonstration event held on Wednesday in Pohang-si, Gyeongsangbuk-do.

The 10-kilometre-long Pohang Canal is known for complex and challenging navigating environments, as the average width of its waterway is as narrow as 10 meters and the inner and outer ports are highly crowded. 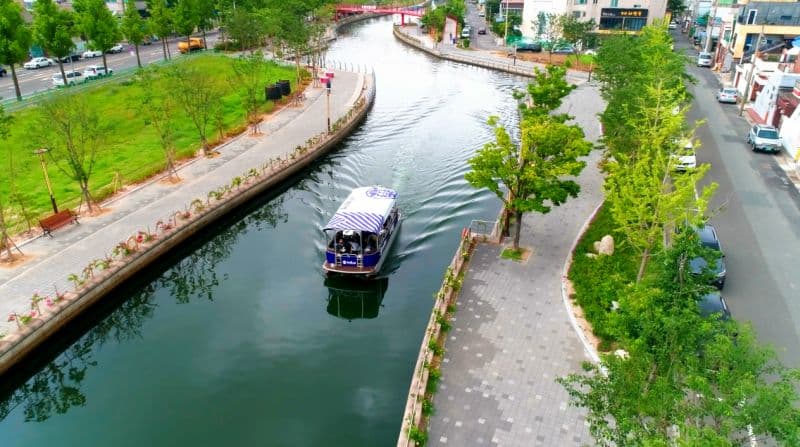 Deploying state-of-the-art autonomous navigation technologies, such as HiNAS (Hyundai Intelligent Navigation Assistant System), which automatically recognizes objects surrounding the vessel and route to alert the risk of collision based on augmented reality (AR), and HiBAS (Hyundai Intelligent Berthing Assistant System), which provides a full view of the ship when berthing or clearing, Avikus demonstrated fully autonomous navigation of the ship throughout all stages from departure and sailing to return and docking.

Notably, advanced navigation assistance systems, including special cameras and LiDAR (Light Detection And Ranging), a remote sensing technology that uses the pulse from a laser to collect measurements as adopted by a large number of autonomous vehicles, have achieved a higher level of autonomous functioning that allows ships, without the help of seafarers, to cope with various unexpected situations, such as adverse weather conditions, strong currents, and appearance of fishing boats.

Building on this successful demonstration, Avikus plans to spur its R&D efforts for autonomous navigation technologies and expand their application to all types of ships, including passenger ships and cargo ships.

To that end, Avikus is planning for the world’s first transoceanic voyage of a large merchant ship relying on autonomous navigation technologies in conjunction with a large local shipping company, possibly as early as in the second half of this year.

“We are poised to become the world’s first to commercialize a self-sailing leisure boat next year, based on our fully autonomous navigation technologies successfully demonstrated,” said Lim Do-hyeong, CEO of Avikus. “Through continued investments in R&D and talent, we will establish a position as a first-mover in the autonomous ships market, which is considered the ultimate destination for future maritime mobility technologies.”

According to Acute Market Reports, a global market research service provider, the market for autonomous ships and related equipment is expected to grow at a CAGR (compound annual growth rate) of 12.6%, reaching USD 235.7 billion by 2028.

Avikus, launched as HHI Group’s in-house venture No. 1 in December 2020 to help advance and deepen the Group’s technologies and expertise relating to autonomous ships, is growing into a leader in the areas of high-tech navigation assistance systems and autonomous navigation solutions.