HH Ferries Group has received the prestigious Baltic Sea Clean Maritime Award 2017 at the 8th annual forum of the EU Strategy for the Baltic Sea Region (EUSBSR) in Berlin on 14 June 2017.

The award recognises the electrification of Tycho Brahe and Aurora, which will become the largest fully electric ferries to date, as well as the installation of the first automated shore-side charging arms in the ports of Helsingborg and Helsingör. Tycho Brahe is currently undergoing tests before being commissioned on the route between Sweden and Denmark on 20 June as the world’s largest battery-driven ferry.

“Reducing our environmental footprint is one of HH Ferries Group’s key goals and we are delighted and proud that the Baltic Sea Forum has recognised our efforts and the progress made with this electrification project. A week from now, our passengers and the environment will be benefitting from this ground-breaking technology,” said Henrik Rørbæk, CEO at HH Ferries Group. 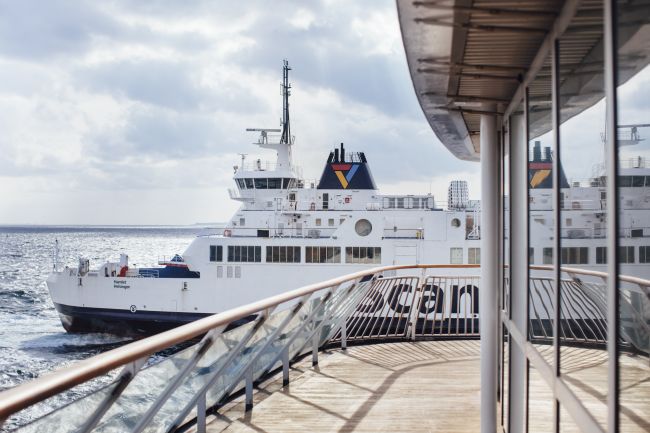 It is an inherent part of HH Ferries’ strategy to actively safeguard the environment, and the ferry company has adhered to emission regulations since 2007, which were later implemented in 2015. The investment is co-financed by INEA, the European Union’s executive agency for innovation and network, and ABB has acted as HH Ferries Group’s turnkey supplier during the process and carried out the installation.

“HH Ferries Group’s electrification is a landmark project for the maritime industry and we are proud to contribute to the development and delighted that the Baltic Sea Forum has recognised the project’s significance,” said Marcus Högblom, VP Global Sales at ABB.

The two ferries will be completely battery-driven on the route between Helsingborg (Sweden) and Helsingör (Denmark), covering a distance of approximately 4 kilometres and carrying more than 7.3 million passengers and 1.8 million vehicles annually. The new battery solution will help lower total emissions across the fleet by more than 50 percent from the current diesel-operated vessels. The combined battery power of 8,320 kWh for the two ferries is the equivalent of 10,700 car batteries.

ABB has supplied the first automated shore-side charging stations in both ports using an industrial robot to optimize the connection time and maximize the charging period. All pre-docking procedures are based on 3D laser scanning and wireless communication between ship and shore. After the connection is made, the robot moves back to the home-position and the roll-up doors closes.