HawkEye 360 Inc. announced the successful launch of the company’s Pathfinder mission — its first cluster of three, formation-flying small satellites — aboard Spaceflight’s SSO-A: SmallSat Express rideshare on a SpaceX Falcon 9 rocket. The satellites will deliver a unique source of radio frequency (RF) data that HawkEye 360 will use to create first-of-its-kind RF-based analytics. 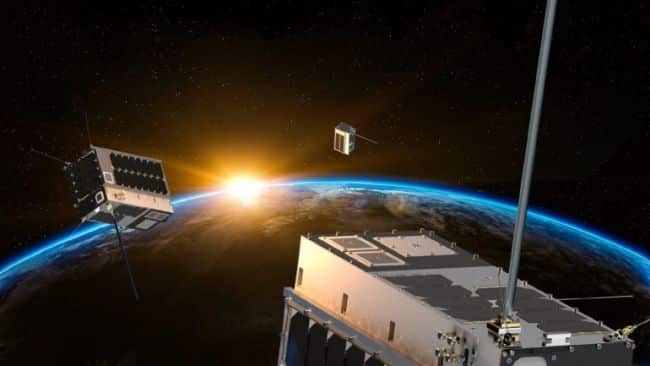 “The successful launch of our Pathfinder satellites is the biggest moment in our company’s young history,” said John Serafini, CEO, HawkEye 360. “I am extremely proud of what our 30-person team has accomplished over the past three years. We combined our varied expertise in small satellites, signals processing and data analytics to bring a new source of RF information to the market. This is the first time a commercial company has utilized formation-flying satellites for RF detection.”

Now that the Pathfinder satellites have reached orbit, the company will initiate system checkout and begin to maneuver the satellites into position over the next several weeks. The satellites will be able to identify and precisely geolocate a broad set of RF signals from emitters such as VHS push-to-talk radios, maritime radar systems, AIS beacons, VSAT terminals, emergency beacons and more.

“The core of our business is RF analytics, which is dependent upon high-quality, geolocated RF data,” said Chris DeMay, CTO and founder, HawkEye 360. “Each of these small satellites is equipped with a software-defined radio that can tune to different frequencies and pick up different RF signals. When we see the same signal from all three satellites, we triangulate it and figure out where the signal is coming from. We’ll continue growing our constellation to improve revisit rates with our next set of satellites already under development for launch later in 2019.”

Van Oord And Shell Together In Biofuel Pilot For Vessels
Want to share your tips and advice? Got questions? Visit the community forum to ask questions, get answers, meet people, and share your tips!