Combined company will rank among the world’s five largest liner shipping companies and will operate one of the most modern fleets in the industry / Company will operate 237 vessels with total transport capacity of around 1,6 million TEU / Qatar Holding LLC and The Public Investment Fund of the Kingdom of Saudi Arabia to become new key shareholders of Hapag-Lloyd.

Hapag-Lloyd AG (Hapag-Lloyd) and United Arab Shipping Company S.A.G. (UASC) have signed a Business Combination Agreement (BCA) to merge both companies, subject to the necessary regulatory and contractual approvals. Besides the Business Combination Agreement (BCA) between the two companies, namely CSAV Germany Container Holding GmbH, HGV Hamburger Gesellschaft für Vermögens- und Beteiligungsmanagement mbH and Kühne Maritime GmbH on the side of Hapag-Lloyd, and Qatar Holding LLC on behalf of the State of Qatar and The Public Investment Fund of the Kingdom of Saudi Arabia on the side of UASC, have assumed certain commitments with regard to the merger and the future equity funding of the company in a separate agreement, the so-called Shareholders Support Agreement (SSA). In that agreement some of the controlling shareholders of either side have committed, to backstop a cash capital increase in the amount of USD 400 million planned by way of a rights issue within six months after the closing of the transaction. 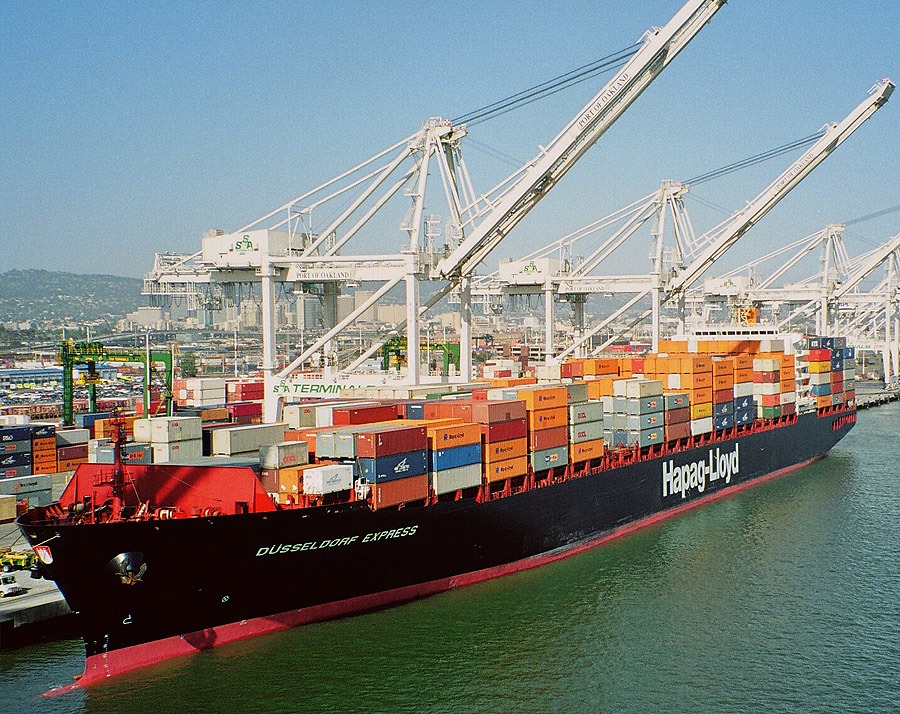 Following the integration, the new Hapag-Lloyd will rank among the five largest container shipping lines in the world, with 237 vessels and a total transport capacity of around 1.6 million TEU, an annual transport volume of 10 million TEU and a combined turnover of approximately USD 12 billion. The combined company will remain a registered and stock listed company in Germany with its head office in Hamburg. CSAV, HGV (City of Hamburg) and Kühne Maritime will remain controlling shareholders of Hapag-Lloyd. The majority shareholders of UASC, Qatar Holding LLC (QH) and The Public Investment Fund of the Kingdom of Saudi Arabia (PIF), will become new key shareholders of Hapag-Lloyd holding 14 per cent (QH) and 10 per cent (PIF) respectively.

“This strategic merger makes a lot of sense for both carriers – as we are able to combine UASC’s emerging global presence and young and highly efficient fleet with Hapag-Lloyd’s broad, diversified market coverage and strong customer base. Furthermore it will give the new Hapag-Lloyd access to Ultra Large Container Vessels”, said Rolf Habben Jansen, CEO of Hapag-Lloyd, upon signing the agreement. “After the successful integration of CSAV which was concluded mid of 2015 this transaction with UASC is another historic milestone for Hapag-Lloyd. The merger reinforces our position as a top 5 and one of the largest truly global carriers in liner shipping.”

The combined company will have a global, diversified trade portfolio, with leading product offerings in the major East-West and North-South trades. In addition, it will leverage on UASC´s solid presence in Middle Eastern markets and trades, with a commitment to further strengthening this presence by establishing a fifth Hapag-Lloyd Regional Center in Dubai.

“With this merger, we are embarking on an exciting new phase of UASC´s growth”, said Jorn Hinge, President and CEO of UASC. “Leveraging on UASC´s heritage in the Middle East as well as our recent growth in other markets, the combined company will provide customers with valuable expertise and very efficient service offerings in all major trade lanes and markets around the world”, he added.

The fleet of the combined company will consist of 237 ships – including UASC´s six recently received 18,800 TEU ships, known for their superior eco-efficiency credentials, as well as eleven newly built 15,000 TEU ships, the last of which will be delivered soon. With an average age of 6.6 years and average size of 6,600 TEU the combined company will have one of the most modern and efficient vessel fleets in the industry.

The company will be the key player in the new “THE Alliance” – consisting of Hanjin, Hapag-Lloyd, K-Line, Mitsui O.S.K Lines, Nippon Yusen Kaisha and Yang Ming. THE Alliance is scheduled to begin operation in April 2017 and will cover all East-West trade lanes including Asia-Middle East/Arabian Gulf and Red Sea.

“Hapag-Lloyd and UASC now take the next step to further consolidate and shape the liner shipping industry. The new transaction is strengthening not only our market position, but also our service portfolio. The merger will create annual net synergies of at least 400 million US Dollars and save a significant amount of capital expenditure for the company”, commented Michael Behrendt, Chairman of the Supervisory Board of Hapag-Lloyd.

The unanimous approval by the Extraordinary General Assembly of UASC´s shareholders and the Supervisory Board of Hapag-Lloyd demonstrate the strong support by all key shareholders of both companies and their continuous commitment to liner shipping. At the Annual General Meeting scheduled for August, the shareholders of Hapag-Lloyd will be asked to approve an authorized capital allowing for the implementation of the Business Combination.

“During its 40-year history, UASC has grown from a regional carrier to become a truly global one with comprehensive coverage of the main trade lanes and a state-of-the-art fleet”, stated Dr. Nabeel Al-Amudi, Chairman of the Board of Directors of UASC. “We are very proud of UASC´s achievements over the years that paved the way for such a remarkable deal”, he added.

Following regulatory and contractual approvals, the merger is expected to be completed by the end of 2016. Until then, UASC and Hapag-Lloyd will continue to operate as stand-alone companies. Each company will also operate in its own alliance as currently structured until the end of March 2017, after which THE Alliance will commence operations.