The liner shipping company Hapag-Lloyd has now completed the sale of three of its older container ships. The “Deira”, the “Najran” and the “Sakaka” will be transferred to shipyards in China and Turkey, which are specially equipped and certified for safe and environmentally sound recycling.

The ships have a capacity of 4,101 TEU each and were delivered to UASC from Japanese shipyards in 1997 and 1998. They have been part of the Hapag-Lloyd fleet since the merger at the end of May. The ships are being taken from the market as they no longer fit with the portfolio of Hapag-Lloyd, which is now the fifth-largest liner shipping company in the world following the merger with UASC and has one of the youngest, most modern fleets in the industry. 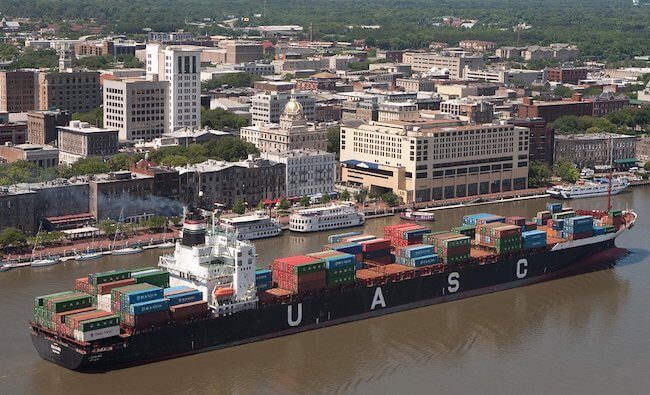 This step means that Hapag-Lloyd is continuing to implement the internal Ship Recycling Policy it adopted in May 2014, whereby ships which are no longer needed must be recycled in a safe and environmentally friendly manner.

“As one of the world’s leading liner shipping companies, we are aware of our ecological and social responsibilities,” said Anthony Firmin, Chief Operating Officer (COO) of Hapag-Lloyd. Hapag-Lloyd is thus taking a pioneering role here. In 2015, the Company sold 16 of its fleet’s older units, which were also disposed of in an environmentally friendly manner.