“This is an important strategic milestone and a big step forward for Hapag-Lloyd,” said Rolf Habben Jansen, Chief Executive Officer of Hapag-Lloyd. “We now not only have a very strong market position in Latin America and the Atlantic, but also in the Middle East, where we will become one of the leading carriers. Our priority now is a smooth and fast integration of UASC and Hapag-Lloyd.” 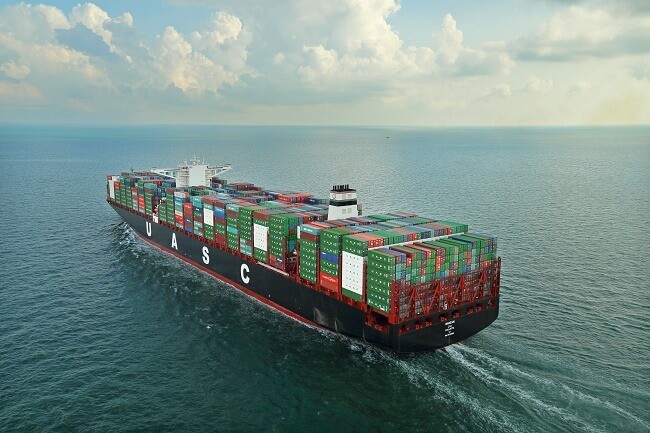 The business combination agreement (BCA) had already been signed in Hamburg in July 2016. Since then roughly a dozen competition authorities across the world had to grant their approval. In addition, changes in the corporate legal structure were made and the consent of several banks was obtained.

At the center of the integration is the combination of 118 Hapag-Lloyd services with the 45 services making up UASC’s network. This process will start in roughly eight weeks and will take until the end of the third quarter, once the new employees from UASC have been trained to use the Hapag-Lloyd systems. After that UASC’s present transport volume will be handled on Hapag-Lloyd’s IT platform. The combined entity will thereby carry an estimated annual transport volume in excess of 10 million TEU.

UASC’s 58 vessels will be integrated into the fleet of Hapag-Lloyd. The combined fleet will then include a total of 230 vessels and be one of the youngest in the industry, with an average ship age of only 7.2 years. The average size of the vessels in Hapag-Lloyd’s new fleet will be some 6,840 TEU/vessel, approximately 30 percent larger than the average of the top 15 in the industry (5,280 TEU/vessel).

Hapag-Lloyd plans to achieve annual synergies of USD 435 million as a result of the merger. A significant portion of these savings should be realized in the course of 2018, while the full amount is expected to first be reached in 2019. In addition to the synergies we expect that it will not be necessary to make sizeable investments in newbuildings over the next few years.

Hapag-Lloyd will establish a new regional headquarters for the Region Middle East. This will add a fifth Region to the existing Regions North America, Latin America, Asia and Europe.

“Hapag-Lloyd has long-term and extensive know-how when it comes to acquisitions. By merging with the Canadian shipping company CP Ships in 2005 and, more recently, with CSAV in 2014, we have demonstrated that we are able to combine businesses and integrate them quickly, efficiently and profitably,” said Rolf Habben Jansen. “We are optimistic that we will be able to complete the integration of UASC by the end of this year.”

The two majority shareholders of UASC, Qatar Investment Authority, through its subsidiary Qatar Holding LLC, and the Public Investment Fund of the Kingdom of Saudi Arabia (PIF), will become new key shareholders of Hapag-Lloyd. The other UASC shareholders are the Kuwait Investment Authority on behalf of the state of Kuwait, the Iraqi Fund for External Development (IFED), the United Arab Emirates and Bahrain, which will be reflected with a combined 3.6% of the shares of Hapag-Lloyd as free float shares. The ownership structure of Hapag-Lloyd AG before the forthcoming cash capital increase, planned after the merger, is as follows (figures rounded): CSAV (22.6%), HGV (14.8%), Kühne Maritime (14.6%), Qatar Holding (14.4%), PIF (10.1%) and TUI (8.9%). The free float will amount to roughly 14.6%.

Within six months after the closing, a cash capital increase by way of a rights issue is planned for Hapag-Lloyd AG in order to strengthen the company. This will be secured via a backstop commitment in the amount of USD 400 million that some of the controlling shareholders have agreed to. At the Annual General Meeting of Hapag-Lloyd, to be held on May 29 in Hamburg, shareholders will be asked to approve a corresponding appropriate authorized capital.