The two French Navy-owned ships, which also measured 51.50 x 8.90 x 3.80 metres, were loaded onto the HHL Fremantle in Brest and transported to the Persian Gulf, before being brought back again on a second voyage, with both locations being military bases. 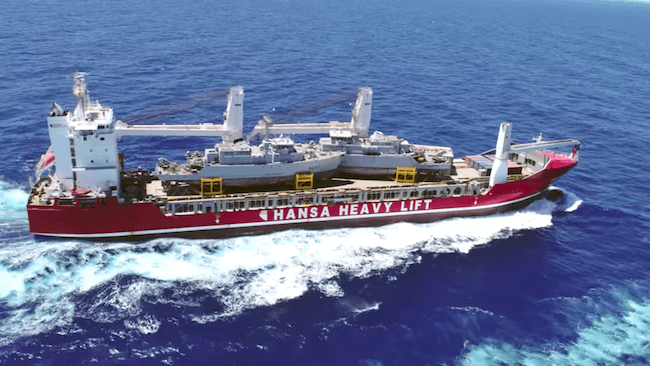 “Crews had to be especially vigilant when handling these two military ships due to the sensitivity of the cargo,” said Walter Prosetti, Director of Global Sales, HANSA HEAVY LIFT.

“We were also faced with extreme weather issues, with high winds in France restricting our movements, as well as intense heat in the Persian Gulf at 46C, which compelled us to install air conditioning on-board. 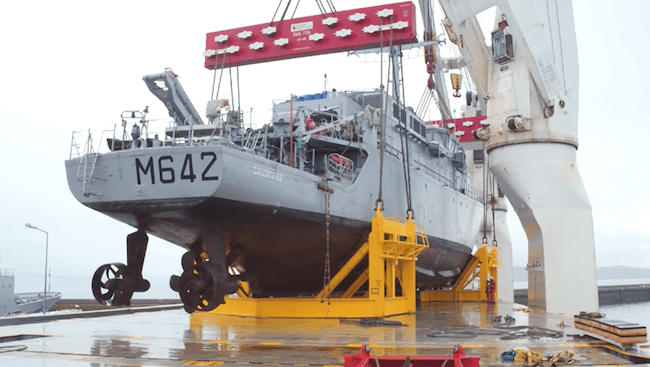 “Furthermore, as this operation took place on military bases, we had to comply with restricted access, coordination between varying authorities, and re-flagging requirements.”

Adjustments had to be made to the loadspreading at the keel and cradle belting to avoid overloading the fiberglass hull. Both minehunters needed electrical connection for the duration of the journeys, meaning extra transformers had to be purchased to supply the correct power. Accomodation modules were rented and connected for additional technicians from the charterer, who also travelled on-board. 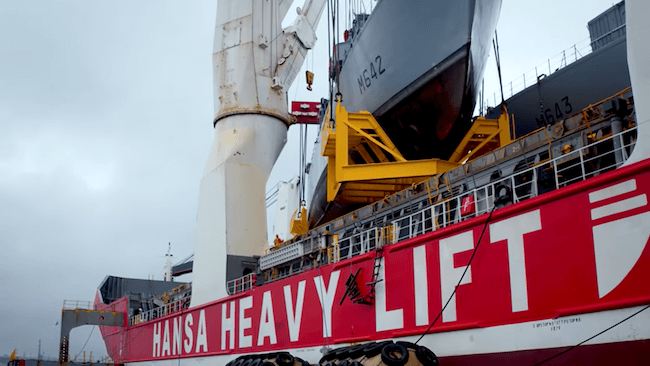 “Creating the lifting arrangement, stowage, and securing plan was actually the easiest part; then came the task of ensuring all parties involved were synchronised, that each stage took place sequentially, and dealing with the unexpected,” said Svilen Ivanov, Project Engineer, HANSA HEAVY LIFT.

“Positioning the cradles under water when the wind was picking up was challenging, particularly when we needed to be precise to the centimetre and at the same time keep the hard edges away from the sensitive hull. 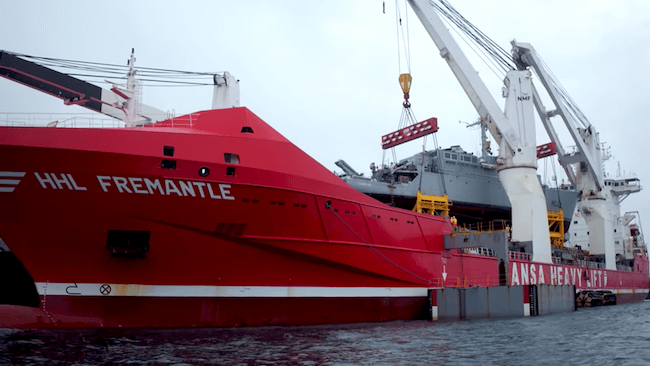 “In order to avoid calling at any ports with such sensitive materials on-board, we carried out a full bunker’s replenishment on both occasions before loading.”

Another challenge included the tight outreach of the cranes, which meant crews had to rearrange the keel blocks whilst the cargo was hanging on the hooks. 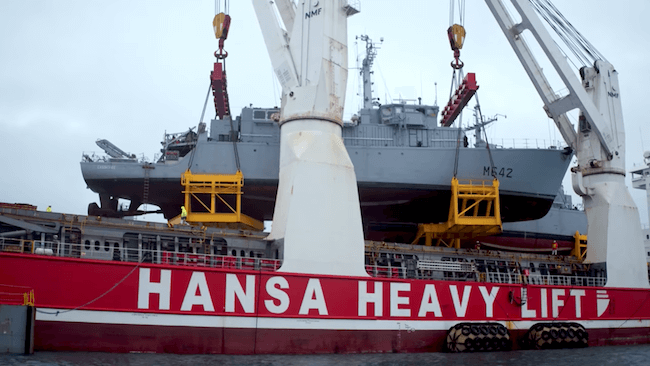 The contract was awarded by the French Navy to Compagnie Maritime Nantaise – MN, which in turn worked with HANSA HEAVY LIFT on the project.

“HANSA HEAVY LIFT was an excellent partner to work with, impressing us from the beginning when they made sure the right ship for this very sensitive military project was available on the exact day we had requested,” said Mathias Audrain, Chartering Manager, Compagnie Maritime Nantaise – MN. 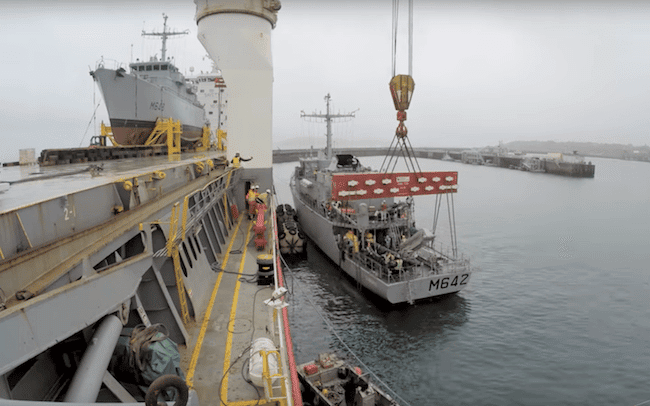 “We are very pleased in the way the ships were looked after from start to end of this project, with HANSA HEAVY LIFT ensuring we were updated for every stage of each voyage.

“The outcome of this operation could not have been better.” 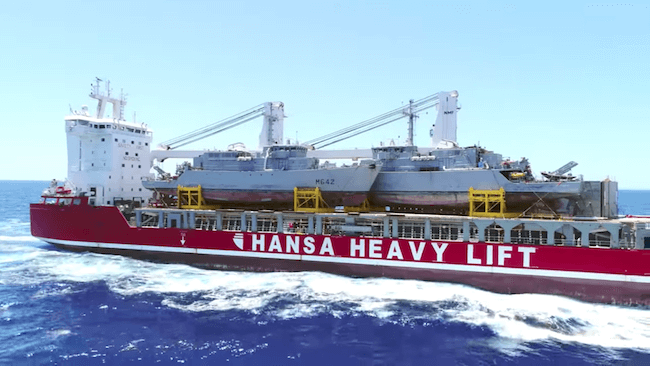 “This innovative mode of action allows the French Navy to operate far from our metropolitan bases optimising the material and human potential on the transit, in order to concentrate on our operational mission in the area” said Commander Guillaume Collin, Head of Logistics Branch for French Navy operations.