Hamburg Süd and its Swedish customer Electrolux have launched a joint pilot project to reduce sulfur dioxide emissions in the Port of Iquique in Chile. To operate the auxiliary engines and boilers during layovers, on March 1st and 2nd the “Santa Clara” (7,154 TEU) switched from the standard heavy fuel oil (HFO) to higher-grade marine gas oil (MGO). Thanks to the lower sulfur content of MGO, around 95 percent of sulfur dioxide emissions will be saved proportionally for the Electrolux cargo in this port of call.

“The innovative nature of the project is not primarily the change of fuel itself, which is already mandatory in the North Sea and Baltic Sea or the North American Emission Control Areas. It is also the fact that both sides are accepting additional expense and higher costs to make the value-added chain more sustainable. With this approach, both companies are entering uncharted territory and setting an example for more environment-friendly solutions in shipping,” stresses Dr. Ottmar Gast, Chairman of the Executive Board of Hamburg Süd. 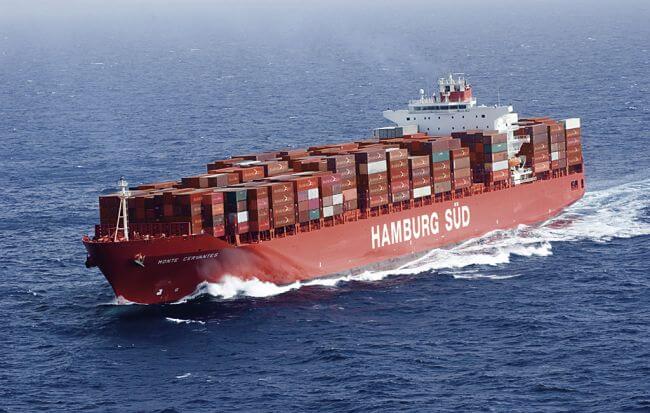 “During the last five years, Electrolux carriers have succeeded in reducing carbon emissions by 35 percent. The next step, as part of the Electrolux Sustainability framework ‘For The Better’, is to reduce levels of sulfur oxides in those ports that lack regulation. We are starting in Chile,” says Tomas Dahlman, Electrolux Director Global Energy Strategies.

The idea for the project emerged from a task force of members of the Clean Cargo Working Group (CCWG). The switch of fuel in Iquique represents the first pilot phase of the project, next step would be to extend it to other ports in Chile, Mexico and Peru.