Gulftainer, the world’s largest privately-owned independent port operator and logistics company based in the UAE, finalised a 50-year concession with the State of Delaware in the USA to operate and develop the Port of Wilmington, significantly expanding the company’s global footprint and reach. The agreement, signed by Gulftainer’s subsidiary GT USA, will see an expected investment of up to $600 million in the port to upgrade and expand the terminal and to turn it into one of the largest facilities of its kind on the Eastern Seaboard. The port deal represents the largest operation ever run by a UAE company in the United States, as well as the largest investment ever by a private UAE company in the country. 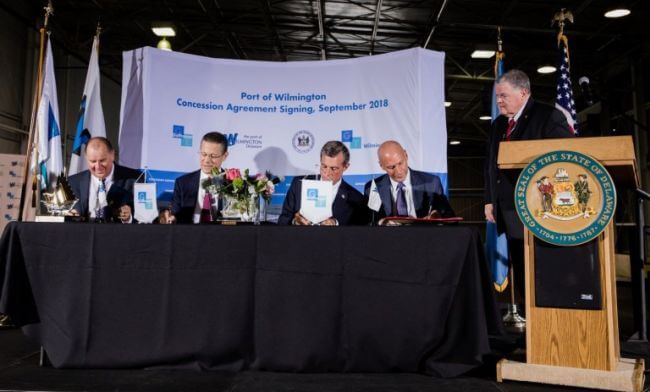 At a public signing ceremony held in Wilmington, Governor John Carney of Delaware signed the agreement with Badr Jafar, Chairman of the Executive Board of Gulftainer, in the presence of Delaware Secretary of State Jeffrey Bullock and other state officials, as well as H.E. Yousef Al Otaiba, the UAE Ambassador to the US and other dignitaries.

The 50-year concession follows a year of negotiations and a thorough evaluation of Gulftainer’s capabilities globally, including in the USA, where it currently operates the Canaveral Cargo Terminal in Port Canaveral, Florida and provides services to the U.S. Armed Forces as well as the US Space Industry. The Delaware concession agreement completes a preliminary agreement between Gulftainer and the State of Delaware, as well as the completion of a formal review by the Committee on Foreign Investment in the United States (CFIUS), granting Gulftainer exclusive rights to manage the Port.

Gov. John Carney, Governor of the State of Delaware, said: “This historic agreement will result in significant new investment in the Port of Wilmington, which has long been one of Delaware’s most important industrial job centers. For decades, jobs at the Port have helped stabilize Delaware families and the communities where they live. I was proud to help make our partnership with Gulftainer official today, and I want to thank members of the General Assembly, the Diamond State Port Corporation, Gulftainer, and all of our partners who have helped make this agreement a reality.” 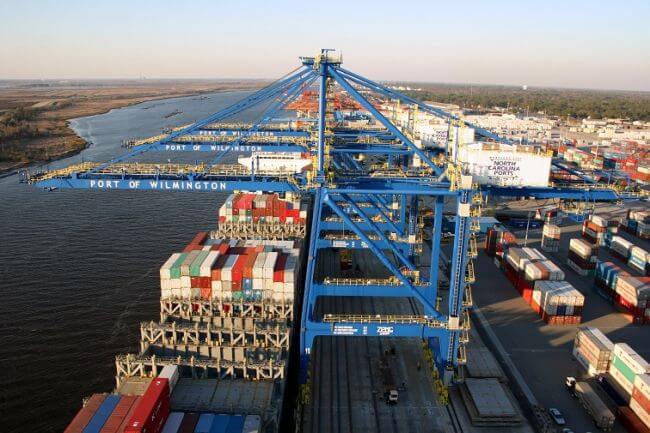 Gulftainer plans to invest up to US$600 million in the port, including $400 million on a new 1.2 million TEU (twenty-foot equivalent units) container facility at DuPont’s former Edgemoor site, which was acquired by the Diamond State Port Corporation in 2016.

Badr Jafar, Chairman of Gulftainer’s Executive Board, said: “We are proud to be making this long-term commitment to the State of Delaware, its community and its economy. This landmark agreement builds on Gulftainer’s 43-year track record of delivering excellence and dependability in ports and logistics operations around the world, and we are confident that this public-private partnership will propel the Port of Wilmington towards becoming the principal gateway of the Eastern Seaboard.”

Mr Jafar added, “since Gulftainer’s entry into the US through our operations in Port Canaveral in 2015, we have discovered major untapped potential in this sector and we will continue to look for attractive investment opportunities in the region.” 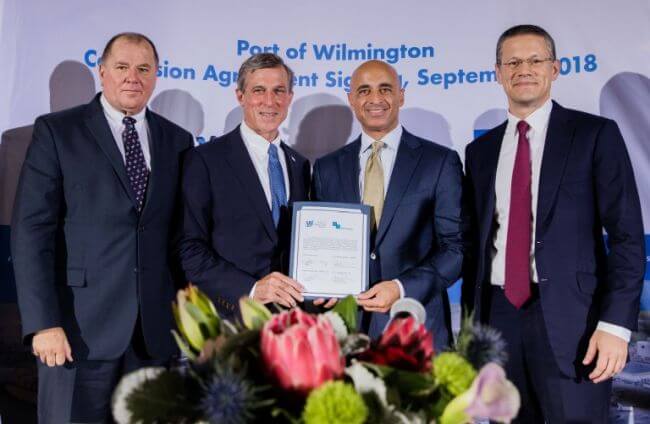 H.E. Yousef Al Otaiba, UAE Ambassador to the USA said, “The UAE and US have a strong, vibrant investment relationship that delivers meaningful and measurable benefits to businesses, and creates jobs in both countries. Gulftainer’s investment in the Port of Wilmington is a perfect example of this important economic partnership. This deal will create new jobs in Wilmington and generate additional economic benefits to other communities across Delaware.”

Plans for the Port also include the development of all cargo terminal capabilities at the facility and enhancement of its overall productivity. Gulftainer will also establish a training facility at the development site specifically for the Ports and Logistics industries that is expected to train and upskill up to 1,000 people per year.

Peter Richards, Group CEO of Gulftainer, said: “Gulftainer has been fortunate to be at the forefront of transforming port and logistics operations in four continents around the world. This deal is a milestone in our operating history, and will provide us with the platform to make a real difference to the sector on the US East Coast by working closely with the State of Delaware to achieve significant enhancements across the board.”

The Port of Wilmington opened in 1923 and is a fully serviced deep-water port and marine terminal strategically located on 308 acres at the confluence of the Delaware and Christina Rivers. It is the top North American port for fresh fruit imports into the USA and has the largest dockside cold storage facility in the Country.

The relationship between the US and UAE has long been underpinned by a shared commitment to promote strong trade and investment ties. In recent years total bilateral trade between the UAE and US has grown from approximately $5 billion in 2004 to over $24 billion in 2017. The US had a $15.7 billion trade surplus with the UAE, its third largest trade surplus globally.