Greenpeace activists closed off access for all imports and exports from palm oil trader IOI this morning in the harbour of Rotterdam, palm oil’s gateway into Europe. Palm oil from companies involved in forest destruction, peatland fires and child labour is still flowing into Europe and the US through IOI facilities, a new report by Greenpeace International has revealed.

Two Indonesian men who have been directly affected by forest fires are blocking access to the refinery with eight activists. The Greenpeace ship Esperanza has moored to the dock at the back of the refinery, preventing palm oil being unloaded from incoming oil tankers. 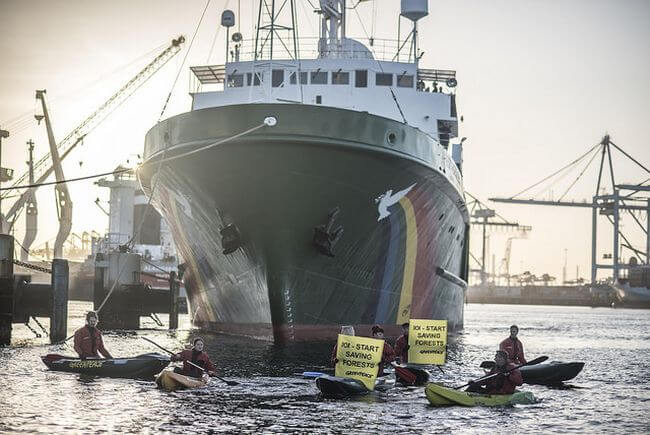 IOI suppliers are linked to serious environmental and human rights abuses such as destruction of Indonesian rainforests, starting illegal fires and child labour. Palm oil from these companies continues to flood into Europe and the USA, research by Greenpeace reveals. Findings include: 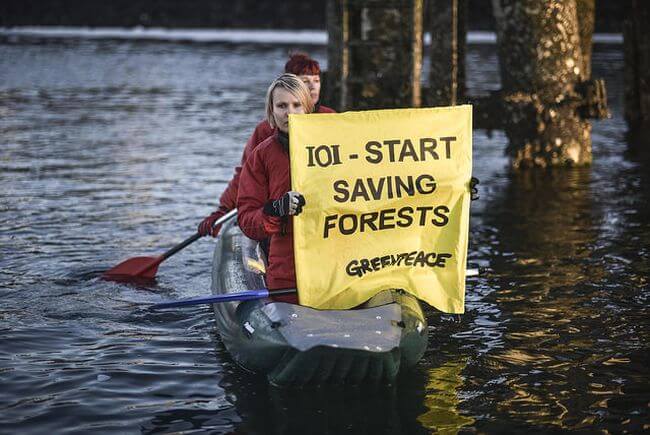 Plantation industries such as palm oil have been clearing rainforests and draining peatland for years, creating ideal conditions for the extensive forest fires that have ravaged Indonesia over the past two decades. Last year’s fires were catastrophic, blanketing the region in a choking smoke haze for months. Between July and October 2015 more than 2 million hectares of Indonesian forest and peatland burned, an area half the size of the Netherlands. The resulting smoke haze caused an estimated 100,300 premature deaths across South East Asia in 2015, a Harvard and Columbia study revealed last week. 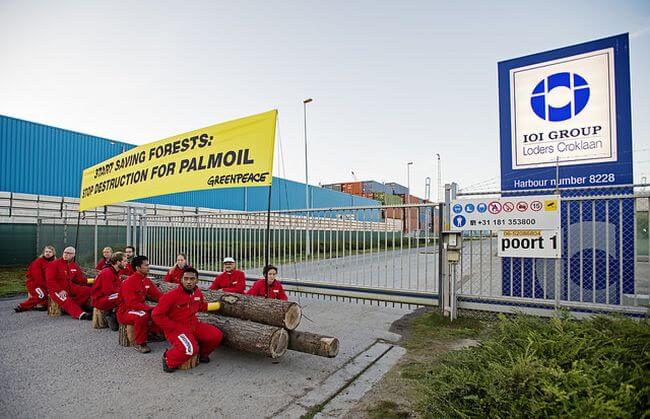 The two Indonesian men have travelled from West Kalimantan in Indonesian Borneo to the Netherlands to bring their protest against IOI to the company’s European base. One of them is Nilus Kasmi. Fires caused Nilus and his family great hardship last year – they were exposed to the toxic particles and fumes which closed schools, offices and brought business to a standstill. 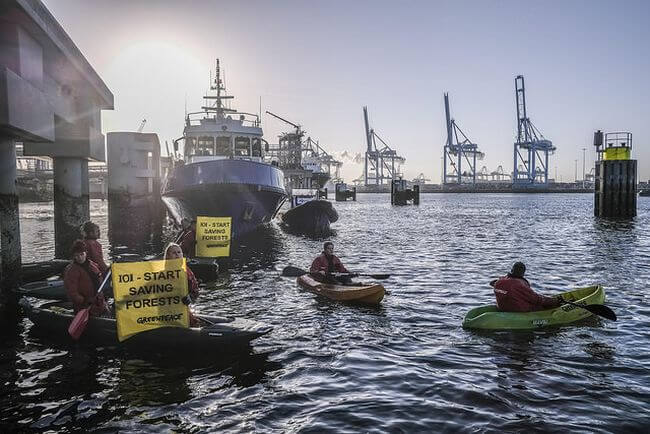 “I had hoped the government and companies could resolve the fire crisis, but their failure to do so made me realise I have a responsibility to preserve Indonesian forests,” said Nilus Kasmi. Both he and his companion Adi Prabowo have been trained by Greenpeace to locate, prevent and extinguish fires. 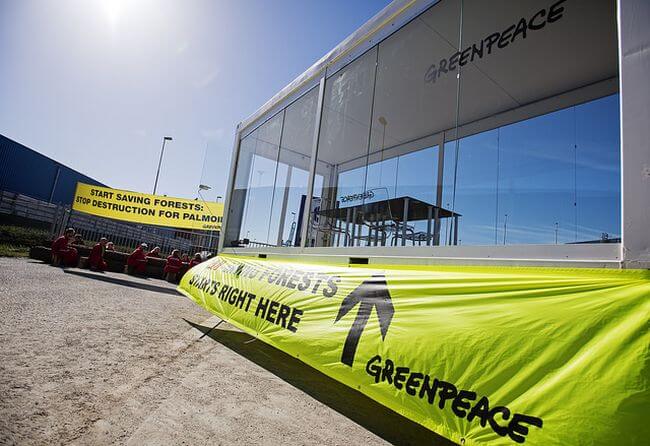 “Palm oil trader IOI is unknown to the general public. This serves the company well, as it can get away with practices that could not bear public scrutiny, ” said Annisa Rahmawati, forest campaigner at Greenpeace Indonesia.

“Together we will change that. IOI should know that the world is watching and that there is no market for palm oil that is so destructive to Indonesia, the habitat of endangered species, our shared climate and the people of South East Asia.” 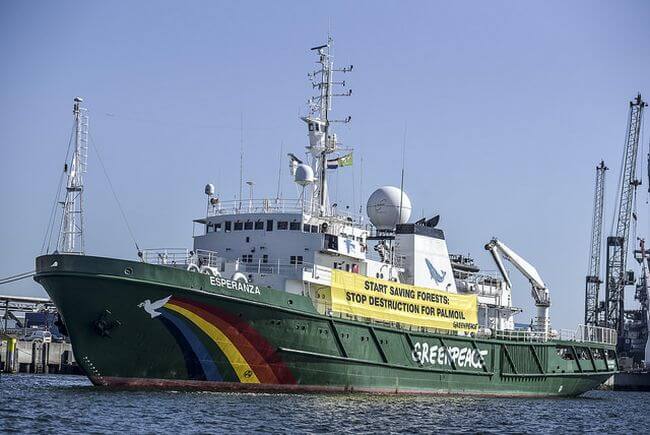 Greenpeace has delivered IOI a way to lift the blockade, by leaving a statement on its doorstep for the company to sign and by doing so commit to a sustainable palm oil supply chain. If IOI agrees publicly to commit to protect forests, Greenpeace will end the action and lift the blockade.

Palm oil is a commodity used in more than half of popular supermarket products, ranging from biscuits and chocolate to shampoo and baby powder.

“We are not anti-palm oil, but we know its production can and must be sustainable. It is entirely possible to grow the palm oil industry without clearing or burning more forest,” said Annisa.

“The dirty practices of companies like IOI and its suppliers are morally objectionable, economically harmful and unnecessary. Moreover, consumers are unknowing and unwilling accomplices to these practices. This has to stop.”