The first second-generation Very Large Ore Carrier (VLOC) loaded for the first time this week at the Tubarão port, in Vitória, Espírito Santo. The Yuan He Hai vessel, with a capacity of 400,000 t, is the first to come into the operation of a total of 32 under construction to serve the seaborne iron ore trade, particularly in the Brazil-China route. The new VLOCs, more efficient and sustainable, are being built with Vale’s support, maintaining the company’s maritime transportation of cargoes as one of the most efficient in the world in terms of greenhouse gas emissions.

The new vessels will emit between 15% and 20% less carbon dioxide than the existing Valemaxes, considered as the first generation, which has been in operation since 2011. The Valemaxes, a pioneer project by Vale, emit 35% less carbon dioxide compared to capesize vessels, which were the standard ships for iron ore transportation, with carrying capacity of 180,000 t. The Yuan He Hai docked at the Tubarão port last Sunday, Feb 25, and took one and a half days to load before departing to Asia. 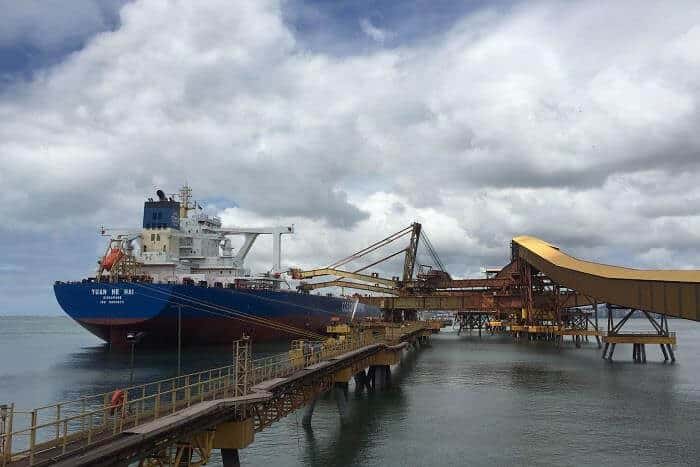 The remaining 31 vessels ofm 400,000 t will be delivered to shipowners by the end of 2019. In addition, Vale is negotiating contracts which will result in the construction of new 325,000 t ships, called Guaibamax. “We believe these vessels incorporate the state of art in terms of efficiency and environmental innovation in this field. The Guaibamax, for example, will also be equipped with scrubbers which will allow for the elimination of up 99% of sulphur emissions into the atmosphere”, says Vale’s Shipping director, Renata Costa. Between 70% and 74% of the large vessels (in other words, vessels with a capacity of over 180,000 t) that transport cargo for Vale are used in the Brazil-China route.