PitPoint.LNG received the official permit for the construction of Europe’s first shore-to-ship bunkering station for liquefied natural gas (LNG) in the Port of Cologne. With this important milestone now in place, the civil engineering work can start for the LNG bunkering station, which is scheduled to be operational by the second quarter of 2019.

Since the plan for the new bunkering station was announced in June last year, PitPoint.LNG has been working hard to complete the thorough and substantial permit application process. The permit, required under the Bundes-Immissionsschutzgesetz (German Emission Control Act) to guarantee the safety of LNG as a fuel for shipping, was formally granted by the District Government of Cologne earlier this week. 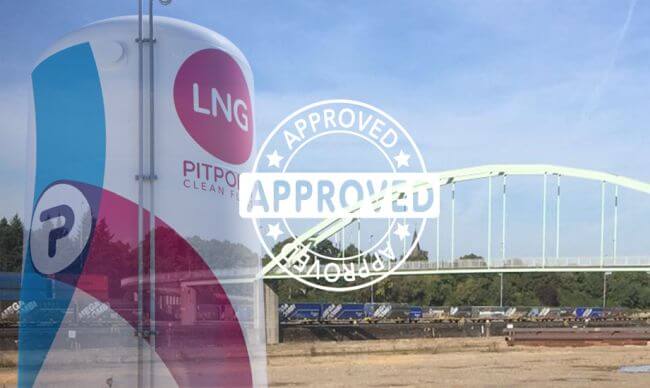 PitPoint.LNG collaborated intensively with various organisations to bring the permit application process to a successful conclusion. The permit means that construction can now definitively go ahead. The new LNG bunkering station will be built in the Port of Cologne, located at Am Molenkopf 1, and will facilitate the bunkering of inland waterways vessels that sail on the Rhine, Europe’s busiest waterway.

LNG is considered to be one of the most promising alternative fuels in the transition to clean transport in shipping. Sailing on LNG is cleaner because LNG combusts more cleanly than diesel. Meaning, lower CO2 emissions and, as such, a reduced impact on the global environment and climate. The biggest benefit of using LNG, however, lies in the reduced emission of fine particulates and NOx which have a negative impact on the local air quality.

A transition to LNG will therefore have a direct positive impact on the health of the people living in the vicinity of waterways used for shipping. LNG-powered ships also ensure that vessel owners comply with the Stage V emission standards for shipping without the need for additional post-treatment systems.

Construction of the LNG bunkering station in Cologne is part of PitPoint.LNG’s strategic aim to develop a European LNG infrastructure for transport by road and water. It will be the first shore-to-ship LNG refuelling location in Europe, as well as the first to serve Europe’s busiest river, the Rhine.