According to DNV GL’s new report: The LNG era takes shape, oil-indexed LNG pricing is part of the issue. Recent oil price swings have made LNG sellers reluctant to peg decades-long contracts to volatile crude markets, yet they still need long-term commitments to make infrastructure investments viable. Half (49%) of the LNG professionals questioned expect contracted LNG prices to continue to be linked to the oil price, while a significant proportion (30%) disagree.

Respondents expect the US (36%) and Australia (16%) to experience the greatest growth in LNG exports over the next three years. Other nations, such as Canada, Russia, and Africa are also making moves for a slice of the LNG action. However, conventional gas from the Middle East and North Africa, as well as North American unconventional gas, will account for 70% of LNG liquefaction capacity by mid-century, according to DNV GL’s 2018 Energy Transition Outlook. 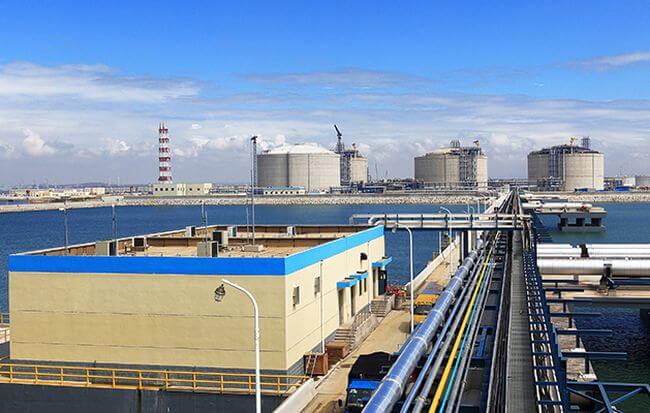 China is the country expected to have the greatest growth in LNG imports over the next three years, according to the survey. This is largely driven by the country’s ‘blue sky’ policies, aimed at reducing fossil fuel emissions and improving air quality. Other emerging economies, particularly in the Indian Subcontinent and Sub-Saharan Africa, will also drive demand towards 2050.

The level of supply and demand growth predicted by DNV GL will require significant investment; particularly facilities to re-gasify, store and distribute new liquefaction capacity. The cost of financing new infrastructure will have the greatest impact on the global LNG market in 2019, according to a third of respondents (36%). Political risk (including trade agreements) was the leading market barrier (17%).

“The new era we see emerging for the LNG sector will demand new thinking from our industry to ensure that a rapid evolution in demand and supply can be met. For example, our research shows signs of the sector opening up to new players, contracting models and pricing strategies. As reservations over capital spending and uncertainty over LNG pricing persist, the study reveals increasing interest in the sector finding more agile and flexible approaches to LNG production and trading,” said Hans Kristian Danielsen, senior vice president and Marketing & Sales Director, DNV GL – Oil & Gas.

Agile approaches to LNG production are most likely to come in the form of smaller-scale floating liquefied natural gas (FLNG) projects. Smaller FLNG vessels and LNG tanker conversions are preferred by 59% of LNG professionals over the development of large-scale floating production units. These are cheaper to build and operate, faster to deploy and more effective at exploiting smaller volumes of stranded gas for more markets.

Contractor-led operating models are also becoming increasingly favourable for LNG production, according to the findings of the report. In these instances, a contractor liquefies gas on behalf of an operator, who can reduce risk by purchasing a service instead of a costly asset. More than half (55%) of senior oil and gas professionals globally believe it is likely that operators will outsource or lease critical field development assets (such as FLNG vessels) in 2019.

“New market actors could be key to bridging the divergent interests of LNG buyers wanting flexibility, and sellers, who demand long-term cash-flow certainty to support major investments. This was once the domain of oil majors, but commodity traders are now emerging as a significant new breed,” added Danielsen.