You are here: Home › Shipping News › Grandson Of Maersk Mc-Kinney Moller To Be The CEO Of A.P. Møller Holding
TwitterFacebookLinkedInPinterestBuffer

Henriette H. Thygesen, currently Damco CEO for the Americas, has been appointed CEO of Svitzer with effect from Sept 1. Current CEO of Svitzer, Robert M. Uggla, is leaving A. P. Møller – Mærsk A/S to take on the position as CEO of A.P. Møller Holding.

The new CEO of Svitzer, Henriette H. Thygesen, has been with the Maersk Group for 22 years, of which the last nine with Damco. She holds a Master of Science, a PhD in Applied Mathematics, and an Executive MBA from Columbia University, New York and London Business School.

“During her 22 years with the Maersk Group, Henriette has demonstrated her abilities and business insight. With her extensive global experience and strong leadership capabilities, she will focus on the continued growth of Svitzer and top-quartile performance,” says Morten H. Engelstoft, Chairman of the Board of Svitzer. 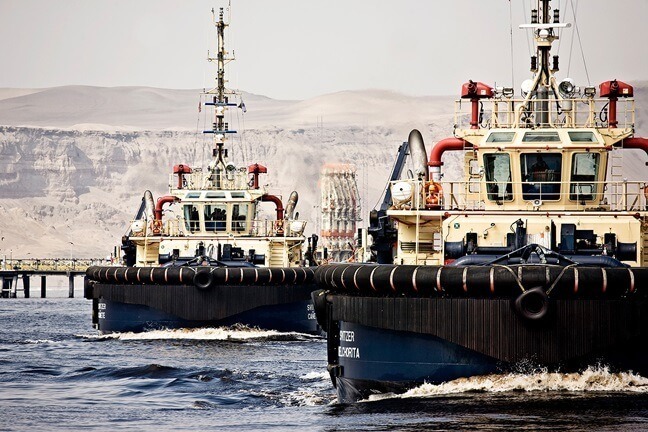 Thygesen, who joined Maersk Group in 1994 has previously worked for Maersk Tankers and Maersk Oil and prior to her current role, she was VP and CEO for Damco in North Asia, based in Hong Kong.

Robert M. Uggla, who has been CEO of Svitzer since 2012, will take over as CEO of A.P. Møller Holding – the fully owned Holding and Investment Company of the A.P. Møller Foundation – starting September 1 2016.

“I would like to thank Robert for his contribution in his 12 years with the Maersk Group. Robert has held several senior management positions in the Group, amongst others as Managing Director of Maersk Line’s activities in the Arabian Gulf and as Managing Director of the Brostrom tanker activities, which has given him valuable insight into the company and where he has delivered good results,” says Maersk Group CEO Nils S. Andersen and continues:

“The last four years as CEO of Svitzer, Robert has successfully restructured the company. He has improved both financial and safety performance and ensured a strong pipeline of long-term contracts, which will drive future growth. I wish Robert continued success in his new role as CEO of A.P. Møller Holding.”