Golar LNG Limited (“Golar”) announces that its Cameroon floating liquefied natural gas project has reached a major milestone with the final approval by all parties of the Gas Convention for the project. This final investment decision commits the project to a targeted start date for commissioning of second quarter, 2017.

At a signing ceremony in Yaoundé, Cameroon on Wednesday, September 30, Cameroon’s state owned oil and gas company Société Nationale des Hydrocarbures (“SNH”), Perenco Cameroon (“Perenco”), Golar Hilli Corporation and Golar Cameroon (together “Golar”) executed a fully effective and binding Gas Convention with the Republic of Cameroon which endorses and governs the installation and operation of the GoFLNG vessel in Cameroon waters offshore of Kribi.

The binding Tolling Agreement having already been agreed between Golar and Perenco, is expected to be formally approved by the 25% upstream partner SNH imminently. This agreement establishes the terms under which Golar shall provide liquefaction, storage, and off-loading services to SNH and Perenco as upstream joint venture partners. 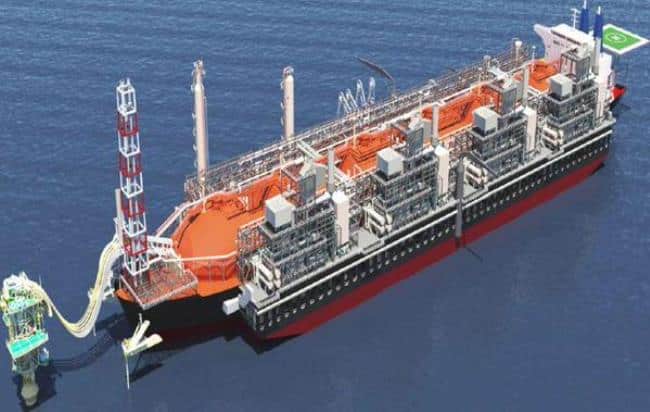 The signing today of the Gas Convention and the finalization of the Tolling Agreement terms facilitates the financing structure previously announced and will enable Golar to drawdown up to $700m from the facility to fund the ongoing conversion cost. It is estimated that no further direct funding from Golar will be required for the Hilli conversion, with the remainder of the conversion project being financed through this debt facility.

Golar, Perenco and SNH have for the past two years been developing a floating liquefied natural gas export project located near shore off the coast of Cameroon situated in an area of benign sea states and utilizing Golar’s floating liquefaction technology (“GoFLNG”). The project is based on the allocation of 500 Bcf of natural gas reserves from offshore Kribi fields, which will be exported to global markets via the GoFLNG facility “Hilli”, now under construction at Keppel Shipyard in Singapore. Golar will provide the liquefaction facilities and services under a tolling agreement to SNH and Perenco as parties of the upstream joint venture. It is anticipated that the allocated reserves will be produced at a rate of 1.2 million tons of LNG per annum, representing approximately 50% of the vessel’s nameplate production capacity, over an approximate eight year period. It is expected that production will commence in Q2, 2017.

Consistent with previous advice, the project in Cameroon is expected to deliver an EBITDA for Golar in the first full year of operation, based on the utilisation of 2 of the available 4 liquefaction trains, in the range of $170 million to $300 million, with a flexible tolling structure which correlates to Brent crude oil prices ranging from a floor of $60/bbl to a cap of $102/bbl. The Tolling Agreement also includes a tariff for a 3 train operation in case additional gas volumes can be processed or production advanced. Full production by 3 trains will increase the EBITDA to between $240 million and $430 million corresponding to the same range of Brent crude oil prices.

Golar’s CEO Gary Smith commented; “The achievement of this very significant milestone in the delivery of Golar’s FLNG strategy is the result of many years of hard work and technical innovation by our employees and partners. We consider ourselves very fortunate to be developing our first FLNG project in a very professional partnership with Perenco and SNH who have provided a solid foundation to this ground breaking project. We genuinely believe the employment of this first speculatively ordered FLNG unit and the approval for development of the Kribi field sets a new standard for development of gas reserves. Golar’s GoFLNG business model reduces the resource holder’s capex and project execution risk, advance their cash flow and is flexible enough to develop smaller reserves.

The Kribi field development was approved within a relative short time frame and delivers solid economics for all parties involved notwithstanding the current low oil and gas price environment. This approval clearly demonstrates the competiveness of the GoFLNG model vs other alternative approaches to LNG project development.

Significant experience has been gained from this first GoFLNG project, which strengthens Golar’s ability to assist other resource holders and developing nations to monetize reserves which currently are either dormant or sub optimally produced.

Golar is increasingly encouraged by the growing portfolio of interesting FLNG projects currently being discussed and developed.”

Danish Maritime Authority Makes Historical AIS Data Available To Everybody
Want to share your tips and advice? Got questions? Visit the community forum to ask questions, get answers, meet people, and share your tips!