The 2nd International Global Onboard Training conference, which was held from 14 to 16 November concluded with the signing of “Jakarta Initiative” by Indonesia, Tanzania, Mozambique, and Bangladesh.

The “Jakarta Initiative” talks about different solutions for the issues faced by the majority of fresh maritime students across the world regarding not getting the necessary training onboard ships. 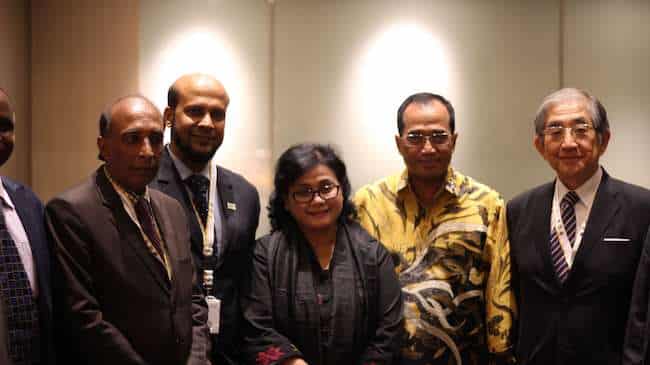 The activities lasted for 3 days, starting from 14th to 16th November 2018, and were attended by several domestic and foreign participants. From within the country, participants consisted of BUMNs, shipping companies and several shipping schools acting under the Ministry of Transportation, Indonesia. While from abroad there were representatives of participating countries, such as Tanzania, Mozambique, Bangladesh, and Turkey. The event was supported by the ministry of transport, Indonesia and organized by Sekolah Tinggi Ilmu Pelayaran (STIP), Jakarta, one of the premier maritime institute in Southeast Asia.

The Keynote speakers, Dr. Hisashi Yamamoto (Secretary General of GOBTC) and Anish Wankhede (COO of Marine Insight) spoke on key topics of challenges and opportunities of Onboard training, the effect of Automation, Greenshipping etc. followed by panel discussion with a question and answer session with the participants. 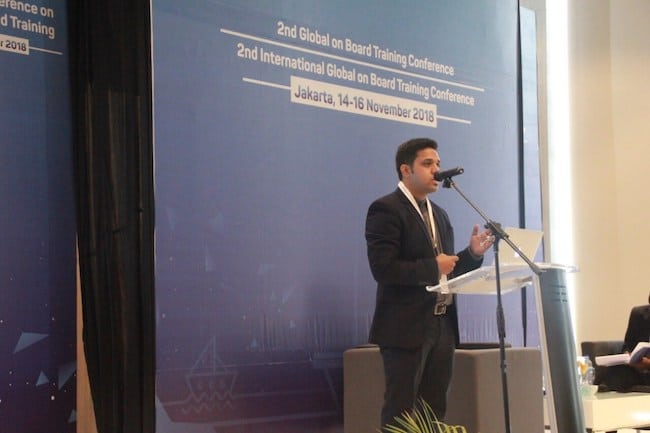 On the same occasion, the Transport minister of Indonesia also conveyed that “Currently the ministry of transportation is constantly developing sea infrastructure and other facilities to support the sea highway program, where the construction of the sea highway aims to build connectivity, which in turn, will reduce inequality in several regions of Indonesia. The sea highway is part of the government’s efforts to make Indonesia a global maritime axis. Indonesia realizes that to become the world’s maritime axis, it requires sufficient human resources and quality in the sector through vocational capacity.”

The minister further added that “Vocational education and training must be improved by involving various industries, along with the curriculum and the technology of the education system and maritime training in the field. All of that we can combine in achieving standardized targets, which are required in STCW 1978.”