You are here: Home › Shipping News › GMS: 2016 “A Year Of Progress And Promise” For Ship Recycling
TwitterFacebookLinkedInPinterestBuffer

President and CEO of GMS, Dr. Anil Sharma, says significant and ongoing improvements at Alang recycling yards are a key highlight for 2016 and the EU has the opportunity to maintain this momentum for the betterment of our industry.

The dramatic improvements witnessed at the recycling yards of Alang are an unnoticed “diamond in the rough” for 2016, a year when price fluctuations, accidents, and demonetization of currencies have dominated ship recycling headlines, against a gloomy backdrop for shipping. These changes have driven huge improvements towards safety for workers and the environment, while attracting skilled maritime professionals to the area. However, upcoming EU regulation could threaten this momentum, says Dr. Sharma. 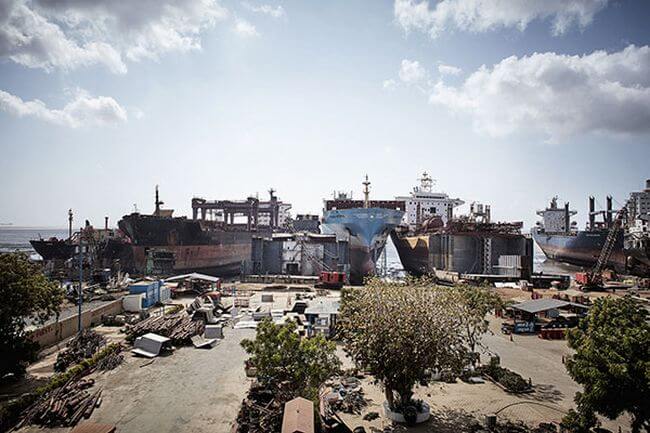 Since January 2016, 20 of the 132 recycling yards in Alang have been reviewed by leading class societies and awarded Statements of Compliance (SoC) in accordance with the Hong Kong International Convention for the Safe and Environmentally Sound Recycling of Ships (HKC) and another 20 yards are in advanced stages of development. More recently, in an attempt to further drive change in the right direction, the Indian Government announced their intention to ratify the HKC in 2017.

“This has made 2016 a year of progress and promise for ship recycling in South Asia,” said Dr. Sharma.

Over USD 180 million has been made available for facility upgrades through a partnership between the Japanese International Cooperation Agency (JICA) and the Gujarat Maritime Board. A USD 4.4 million grant towards training is also set to boost worker health and safety as part of the Indian government’s Sagarmala Project.

In 2017, the EU plans on announcing their list of approved ship recycling facilities under its EU Ship Recycling Regulation (EUSRR). It is still unknown whether the yards in Alang, India that have received their SoC with the HKC will be included. It is possible that these yards may be excluded solely because of their use of the beaching method in the dismantling of ships.

“If the EU decides not to include Alang’s HKC-compliant yards it would remove the international pressure that progressive EU-flagged shipowners currently exert in support of the HKC, which has been gaining real traction in India. However, if they do include Indian yards this will be a welcome boost in support of the improvements and achievements that have already been made and are ongoing in Alang,” says Dr. Sharma.

“At GMS, we want to see sustainable ship recycling become the norm rather than the exception. But to achieve improvement at a global scale, the entry into force of the HKC is essential. This is why it is crucial that vital entities such as the EU include Alang’s HKC-compliant yards on its list of approved facilities in 2017.”

“Whatever 2017 holds for ship recycling globally, India is on track to drive significant change and ground-breaking progress in this vital sector. This development is one that the global maritime community should take notice of, promote positively and be proud to be a part of, as support for sustainable recycling and the HKC takes hold in Alang. The continued focus of key players in the region and from around the world is improving environmental sustainability, delivering prosperity and making workplaces safer and healthier. Long may this trend continue.”