You are here: Home › Shipping News › Global Study Has Begun To Use Wind And Solar Power On Ships By Eco Marine Power
TwitterFacebookLinkedInPinterestBuffer

In co-operation with several shipping companies and technology partners, Eco Marine Power (EMP) is pleased to announce that it has begun a detailed study focused on the practical applications of its patented EnergySail and Aquarius MRE technologies. The study will cover the engineering aspects of installing an EnergySail or Aquarius MRE based solution on a variety of ships and the expected Fuel Oil Consumption (FOC) and CO2 savings that can be achieved in an operational environment. Energy storage options will also be studied including the possible use of fuel cells. 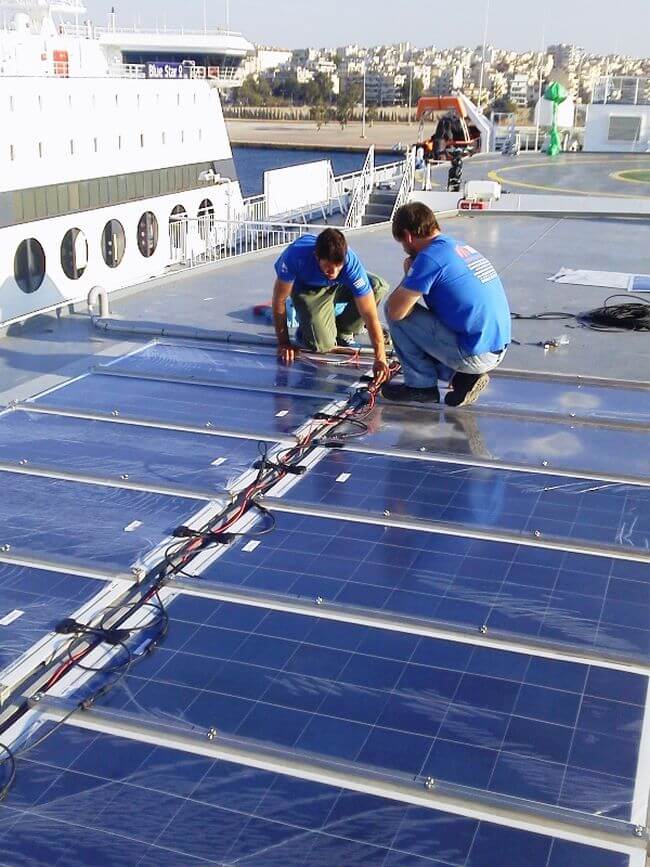 For each ship involved in the study a preliminary engineering design will be prepared along with an analysis of the ships operational profile. The engineering phase will include ship surveys, on-board data collection, analysis using Computational Fluid Dynamics (CFD) software and virtual wind tunnel simulations. Computer modelling of ships fitted with EMP’s EnergySail and Aquarius MRE technologies will be also be performed.

EMP’s EnergySail is a rigid sail based device that can be fitted with a range of renewable energy technologies such as solar panels or wind power devices. It is a unique renewable energy platform specifically designed for shipping. Aquarius MRE is an integrated renewable energy system for ships that incorporates EnergySail technology along with other elements such as marine solar power, energy storage and a computer system to monitor ship performance.

Last year the first factory produced version of an EnergySail was manufactured by Teramoto Iron Works and an EnergySail Test Station has also now been established.

Commenting on this latest development Greg Atkinson, Chief Technology Officer at Eco Marine Power remarked “It’s very encouraging that we now have a number of ship owners actively looking at how our technologies can be fitted either to ships in their existing fleet or incorporated into new ship building projects”.

EMP and its strategic partners are also working on a project to produce class-approved EnergySail units for possible inclusion into a new ship building project within 2017.