A new global project to help protect marine ecosystems from the negative effects of invasive aquatic species has been given the go-ahead for preparation.

The GloFouling Partnerships project – a collaboration between the Global Environment Facility (GEF), the United Nations Development Programme (UNDP) and the International Maritime Organization (IMO) – will address the transfer of aquatic species through biofouling, in other words, the build-up of aquatic organisms on a ship’s underwater hull and structures. 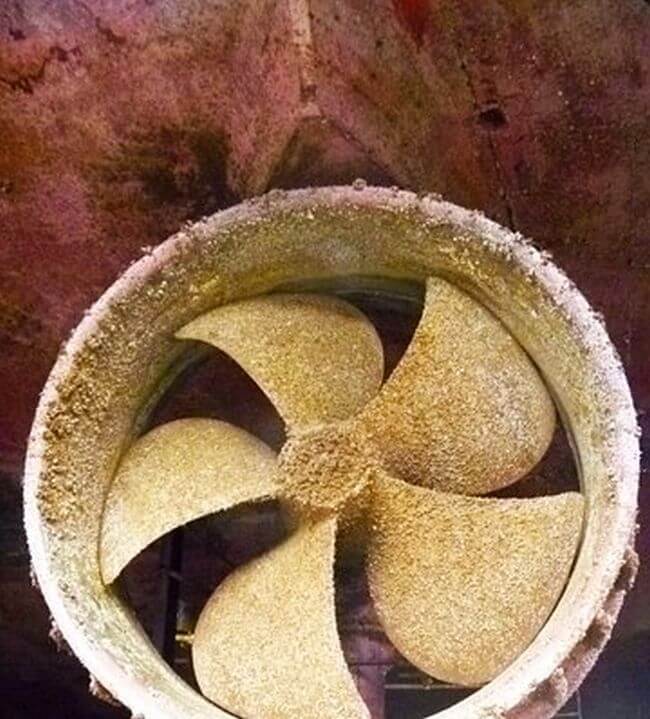 The project will focus on the implementation of the IMO Guidelines for the control and management of ships’ biofouling, which provide guidance on how biofouling should be controlled and managed to reduce the transfer of invasive aquatic species.

Marine bio-invasions are the source of significant environmental and socioeconomic impacts that can affect fisheries, mariculture, coastal infrastructure and other development efforts, ultimately threatening livelihoods in coastal communities.

The GloFouling project will build on the success of the GEF-UNDP-IMO GloBallast Partnerships project, which worked to build capacity to implement IMO’s Ballast Water Management (BWM) Convention. The BWM treaty addresses the transfer of potentially invasive aquatic species in the ballast water of ships.

The new project will build capacity in developing countries to reduce the transboundary introduction of biofouling-mediated invasive aquatic species. Stefan Micallef, Director, Marine Environment Division, IMO, said: “IMO has been at the forefront of the international effort to tackle the transfer of invasive aquatic species by ships. Addressing ship’s hull fouling is a crucial step to protect marine biodiversity. The treatment of hulls to reduce fouling by aquatic organisms has the additional benefit of reducing greenhouse gas emissions, since the drag of ships is reduced.”

The GEF, UNDP and IMO collaboration has already proved to be highly successful through its 3-tier (“Glo-X”) implementation model for driving legal, policy and institutional reforms, delivering capacity-building activities and encouraging technology transfer through public-private partnerships at the global, regional and national levels. The GloBallast project completed its work in 2017. The ongoing GloMEEP project is aimed at supporting the implementation of energy efficiency measures for shipping.

The GloFouling project preparation will be undertaken by the IMO Secretariat, which has invited interested Member States are encouraged to inform the Secretariat of their intention to participate in the new project as soon as possible.

Andrew Hudson, Head, UNDP Water & Ocean Governance Programme, said: “GloFouling Partnerships will be an excellent opportunity to help tackle one of the key remaining vectors for the transfer of invasive aquatic species, which cause sizeable impacts on economies and livelihoods. GloFouling was the natural follow up to the GEF-UNDP-IMO GloBallast Partnerships programme which recently concluded after delivering a series of important achievements in reducing the transfer of harmful aquatic organisms through ships’ ballast water”.

Chris Severin, Senior Environmental Specialist from the GEF, said: “The implementation of the GloFouling Partnerships will be instrumental in battling aquatic invasive species, and will not only lead to healthier more robust marine ecosystems, but also positively impact economic opportunities and the livelihoods of millions of people across the globe. I am confident it will be another success in the fruitful partnership between the GEF, UNDP and IMO”.