The concept of a global network of maritime technology cooperation centres to accelerate capacity building and technology transfer in the maritime field was one proposal discussed during the two-day inaugural Future-Ready Shipping 2015 Conference, a joint IMO-Singapore International Conference on Maritime Technology Transfer and Capacity Building, held in Singapore on 28-29 September 2015.

With strong private- and public-sector engagement, such a global network could act as a sustainable institutional framework to catalyze capacity building and technology transfer, delegates to the conference agreed during a break out session.

Another idea floated at the conference looked at the possibility of using domestic shipping in developing countries to demonstrate new technologies and to gain experience, thus acting as a pull factor for technology transfer.

It was also noted that the knowledge gap and readiness of maritime companies to effectively deploy new technologies could be addressed through the use of testing facilities, such as the “Maritime Energy Test Bed” at Singapore’s Nanyang Technological University. Beyond the “hardware” aspect, the conference also noted that seafarers should have a greater voice in initiatives to improve ships’ energy efficiency. 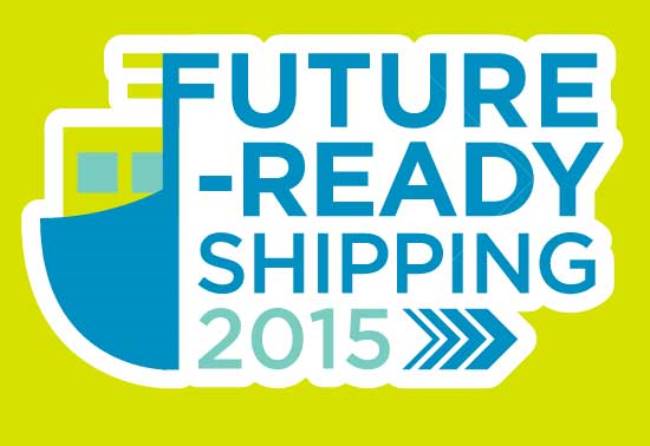 Some 200 maritime leaders and professionals attended the conference, which kick-started a global dialogue on removing barriers to energy-efficiency technologies and measures. Discussions focused on how these efforts might be accelerated. IMO’s regulations on energy efficiency of international shipping include a requirement for States to support each other through capacity building and technology transfer.

Speakers to the conference gave presentations spanning the entire spectrum of technology development, technology transfer and capacity building as well as policy, economic and regulatory developments. The speakers shared on the creation of enabling environments; the current state of green ship technology and what might be expected in the future; and how to continue to promote and sustain capacity building and technology cooperation.

The conference was organized within the framework of the GEF-IMO-UNDP Global Maritime Energy Efficiency Partnerships Project (GloMEEP Project), which was launched during the conference. The establishment of a global network of maritime technology cooperation centres is an idea which could be further developed at IMO or under the GloMEEP umbrella.

“This was an excellent opportunity for a dialogue among a wide range of stakeholders. I sincerely hope that the dialogue we initiated here will continue so that ships, and shipping, are future-ready,” said Dr Stefan Micallef, Director, Marine Environment Division, IMO, at the close of the conference.

Noting the timing of the conference relative to the United Nations Climate Change Conference, to be held in Paris in November-December, Mr. Micallef said: “This Joint IMO-Singapore Conference could not have come at a better time. It has illustrated that IMO and the maritime sector stand ready to support the global community to achieve its goals to address climate change that will be set in Paris later this year.”

Speaking at the opening of the conference, IMO Secretary-General Koji Sekimizu said that it was important to understand the concept of technology transfer as actions of cooperation and partnership and not just a purely commercial transaction between developed and developing countries.

“My message to this Conference is three-fold. First, it is critically important to develop global partnership and networking mechanisms to accelerate cooperation in maritime technology transfer. Second, it is important to institutionalise the technology transfer and capacity building effort to meet the unique needs of maritime industry – the most international industry of all; and third, Government and industry leaders need to support this concept and to contribute to building this global partnership and network,” Mr. Sekimizu said.

“Climate change is one of the most significant threats facing the world today. Singapore is committed to be an integral part of IMO’s process to encourage the deployment and diffusion of environmentally-friendly ship technologies. We will continue to support platforms like Future-Ready Shipping 2015 where maritime leaders and professionals can gather to explore feasible, scalable and practical approaches to a more energy-efficient and low-carbon shipping. Working together, MPA and IMO will ensure strong pillars are in place within the maritime community to carry out global efforts in addressing ships’ greenhouse gas emissions,” Mr. Tan said.

Mandatory technical and operational energy-efficiency measures were adopted by Parties to Annex VI of the International Convention for the Prevention of Pollution from Ships (MARPOL) in July 2011 and they entered into force on 1 January 2013. These regulations make mandatory the Energy Efficiency Design Index (EEDI) for certain types of new ships, and the Ship Energy Efficiency Management Plan (SEEMP) for all ships. Since the entry into force of the regulations on energy efficiency for ships in 2013, further work has been undertaken to extend the scope of application of the EEDI to include several additional ship types, to further develop guidelines to support uniform implementation, and to promote technology transfer.

In 2013, IMO adopted a Resolution (MEPC.229(65)) on Promotion of Technical Co-operation and Transfer of Technology relating to the Improvement of Energy Efficiency of Ships, which, among other things, requests the Organization, through its various programmes, to provide technical assistance to Member States to enable cooperation in the transfer of energy efficient technologies to developing countries in particular; and further assist in the sourcing of funding for capacity building and support to States, in particular developing States, which have requested technology transfer.

IMO’s third study on greenhouse gas emissions from ships (2014) estimates that international shipping emitted 796 million tonnes of carbon dioxide (CO2) in 2012, down from 885 million tonnes in 2007. This represented 2.2% of the global emissions of CO2 in 2012, down from 2.8% in 2007. However, the study’s “business as usual” scenarios forecast a growth in CO2 emissions for international maritime transport of between 50% to 250% in the period to 2050, depending on future economic and energy developments.