Marine biodiversity is under threat from invasive aquatic species, but IMO is leading a major global project to combat that threat and find solutions to this major problem. And that project has just passed two major milestones as two more countries, Indonesia and Mexico, have formed their national task force to take part in the initiative.

The project, GloFouling Partnerships, is a joint initiative between the Global Environment Facility (GEF), the United Nations Development Programme (UNDP) and IMO.

It will help developing countries to tackle invasive aquatic species transferred through so-called biofouling – on ships’ hulls and on other marine structures. 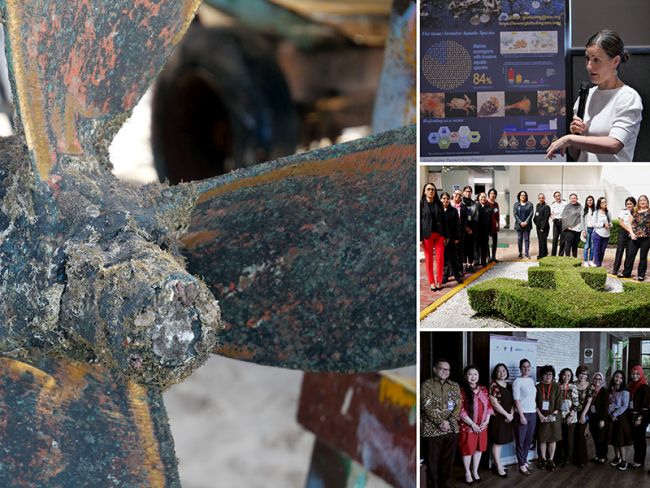 IMO led workshops in both Indonesia and Mexico during October to discuss technical aspects of the problem and the countries’ own institutional arrangements for engaging with GloFouling. The workshops brought together the several different stakeholders that would participate in the national task forces. As well as national maritime and environmental authorities, the task forces will include industry representatives, universities, academics and research institutions. The workshops included overviews of the threats posed by invasive species and biofouling and looked at existing regulatory frameworks and the essential elements for developing national policies.

The GloFouling Partnerships project has 12 Lead Partnering Countries. Indonesia and Mexico have joined Fiji, Tonga, Brazil, Madagascar, Mauritius and Philippines as those which have already established their national task forces. Jordan, Sri Lanka, Peru and Ecuador will join in the coming months.

The next step for GloFouling Partnerships in Mexico and Indonesia will be to develop national baseline reports to assess the current situation with regard to non-indigenous species. Currently-available research on the subject will be identified and the economic impacts determined, leading to informed policy decision-making.