The Basel Ban Amendment, adopted by the Parties to the Basel Convention on the Control of the Transboundary Movement of Hazardous and Their Disposal in 1995, became international law on December 5 last week.

This amendment, now ratified by 98 countries, and most recently, by Costa Rica, prohibits the export of hazardous wastes from member states of the European Union, Organisation for Economic Cooperation and Development (OECD), and Liechtenstein to all other countries. This agreement is now a new Article (4a) of the Basel Convention.

The many countries and organisations that helped create the Basel Ban Amendment, including the Platform’s member organisation Basel Action Network (BAN), can celebrate their persistence. 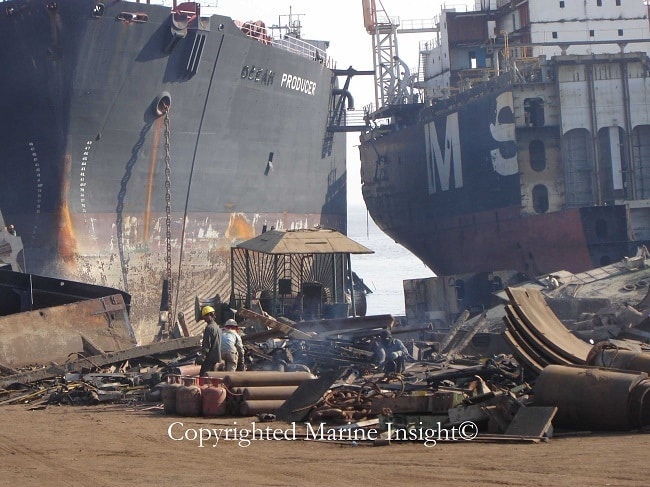 In view of the continuing export of unwanted electronic wastes, plastic wastes and end-of-life vessels from the Global North to highly-polluting operations in Asia and Africa, the ban is seen as relevant today as it was 30 years ago when ships loaded with barrels of toxic waste left their deadly cargo on the beaches of African and Latin American countries.

“The Ban Amendment is the world’s foremost legal landmark for global environmental justice. It boldly legislates against a free-trade in environmental costs and harm. ”
Jim Puckett – Executive Director and Founder – Basel Action Network

Despite the achievement of the Ban Amendment, powerful industries – currently, the electronics and shipping industries – are now trying to change the definition of that to which the Ban applies. They do so in order to exempt their products from the legal restraints imposed by the Convention and the Ban.

“Shamefully, electronics manufacturers like HP, Dell and Apple are lobbying for the Basel Convention to call non-functional electronics ‘non-waste’ and thus not subject to the Basel Ban if somebody simply declares these wastes as possibly repairable.”
Jim Puckett – Executive Director and Founder – Basel Action Network

Likewise, the shipping industry has run screaming from their Basel responsibilities for old obsolete ships to create its own Hong Kong Convention, designed specifically to perpetuate the dumping of toxic vessels on South Asian beaches.

“There can be no excuse for any country to use poorer countries as convenient dumping grounds for their waste, and it is especially ugly to do this in the name of recycling or the circular economy. With the Ban Amendment now international law, we hope and urge that all countries that have failed to ratify it will reconsider what it means to be global leaders in the age of globalisation.”
Jim Puckett – Executive Director and Founder – Basel Action Network