German LNG Terminal GmbH, the joint venture driving forward Germany’s first LNG terminal in Brunsbuettel, has reached another long-term commercial capacity agreement with a global LNG player. The parties agreed on the commitment of a substantial part of the terminal capacity. Negotiations with other interested parties are ongoing. As a result of strong market demand, German LNG Terminal will apply for permits with a total terminal capacity of 8 bcma. 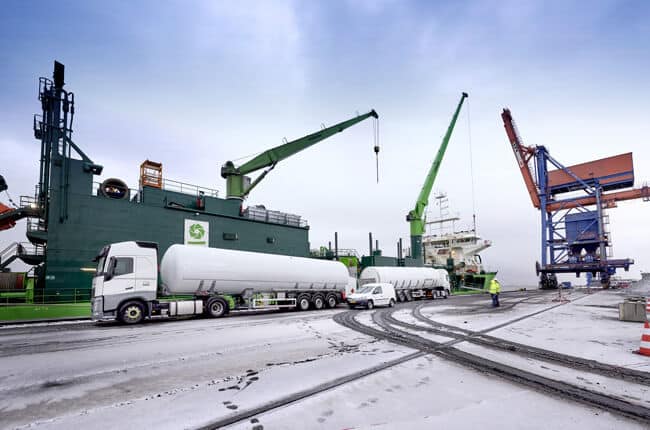 ”German LNG Terminal is strongly moving forward. This additional commercial agreement demonstrates that the market has confidence in the prospects of LNG in Germany. The added value of the proposed multi-services terminal we offer to the market has been recognised and adopted by the global LNG community. The German federal government has clearly recognised the benefits of LNG and, accordingly, has stipulated in its coalition treaty to develop LNG infrastructure in Germany.”

Preparations for the terminal’s permitting approval process are well under way: a “scoping meeting”, organised and chaired by the approving authorities, took place at the end of January. At this meeting approving authorities, environmental organisations, experts and further relevant third parties discussed with German LNG Terminal the subject, scope and method of the necessary environmental impact assessment with regard to water and emissions legislation as part of the overall planning approval process. Obtaining construction approval for the planned LNG terminal is one of the conditions for being able to make the final investment decision in late 2019. Construction work will then start in 2020 with the terminal being fully operational by the end of 2022.

Stranded Crew Living On The Mercy Of Charities For 32 Months