A fine of about $3 million is expected to be levied by Georgia’s state environmental regulators for the Hyundai Glovis Co. logistics and shipping enterprise after a container ship that was carrying vehicles unexpectedly capsized. The incident resulted in a polluted ocean off the coast of Georgia.

In an order that was received on Tuesday, the Georgia Environmental Protection Division had to say that petroleum-based products, pollutants, and debris from the ship, South Korean freighter Golden Ray, had leaked into the water.

The container vessel capsized on 8 September 2019 after departing from the Port of Brunswick. But oil leaks continued over months as responders cut the vessel in parts. 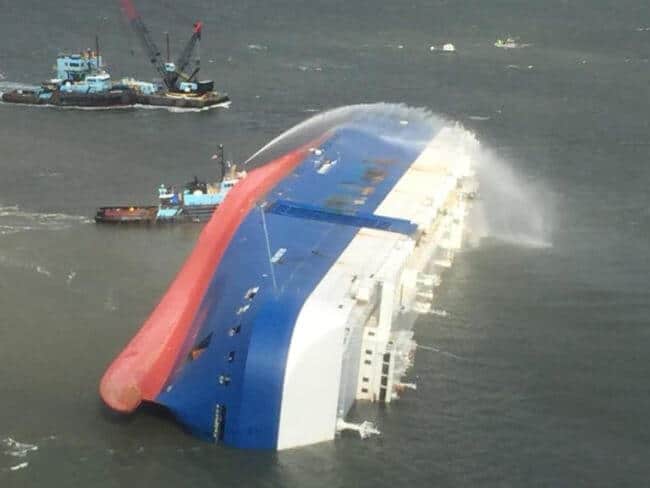 During last summer, oil came gushing from the wreckage, washing onto the once pristine beaches and grasses of St. Simons Island, a well-known tourist hub.

The South Korea-based company will have time up to a year to pay the penalty or propose a plan for a “supplemental environmental” assignment and secure a lower penalty.

Company representatives had not responded to messages immediately seeking comment on Wednesday.

Response vessels recover an oil discharge using a Current Buster and fire monitors in the vicinity of the wreck site during lifting operations on Friday. The seawater from the fire monitors pushes the edge of the oil in a favorable direction to keep it pooled which makes the oil easier to recover; the technique is called “herding.” | Image Credits: St. Simons Sound Incident response photo