On 12th June, 2015,  General Dynamics NASSCO, a wholly owned subsidiary of General Dynamics, delivered the U.S. Navy’s newest ship, the USNS Lewis B. Puller (MLP 3 AFSB). The ship is named in honor of the late U.S. Marine Corps Lieutenant General Lewis “Chesty” Puller, the most decorated Marine and the only one to be awarded five Navy Crosses. Construction on the USNS Lewis B. Puller began in 2013.

“Today’s delivery of the USNS Lewis B. Puller to the U.S. Navy symbolizes an immense culmination of efforts made by the hard-working men and women of the General Dynamics NASSCO shipbuilding team,” said Kevin Mooney, vice president of operations at the General Dynamics NASSCO shipyard. “At NASSCO we are building and delivering affordable ships that are providing new and revolutionary capabilities for America’s Navy and Marine Corps.” 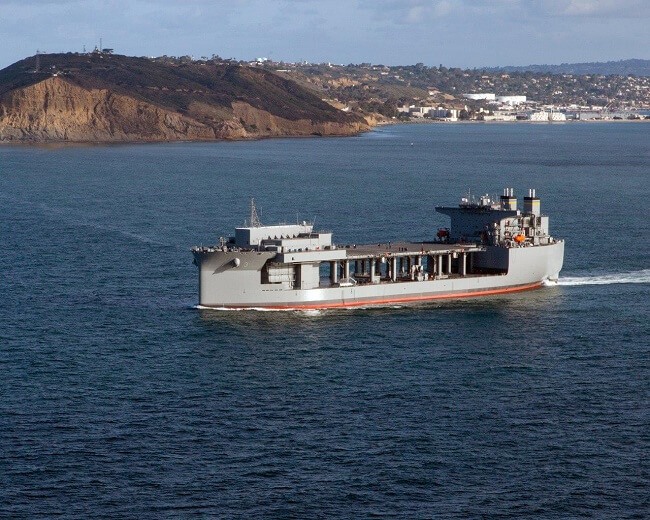 Earlier this year, NASSCO shipbuilders christened the ship with a ceremony at the company’s shipyard in San Diego. The commandant of the Marine Corps, General Joseph F. Dunford, Jr., was the ceremony’s principal speaker. Ms. Martha Puller Downs, daughter of General Puller, served as the ship’s sponsor.

The U.S. Navy has awarded NASSCO a contract for the detail design and construction of a fourth Mobile Landing Platform, to be configured as another Afloat Forward Staging Base. Construction is scheduled to begin in the fourth quarter of 2015.