Designed to provide advanced flexibility and capability for sea-to-shore missions, the newest ESB will include a 52,000 square-foot flight deck, fuel and equipment storage, repair spaces, magazines, mission planning spaces and accommodations for up to 250 personnel. Serving as a ‘pier at sea,’ the 784-foot-long ship is also designed to support MH-53 and MH-60 helicopters and MV-22 tilt rotor aircraft. 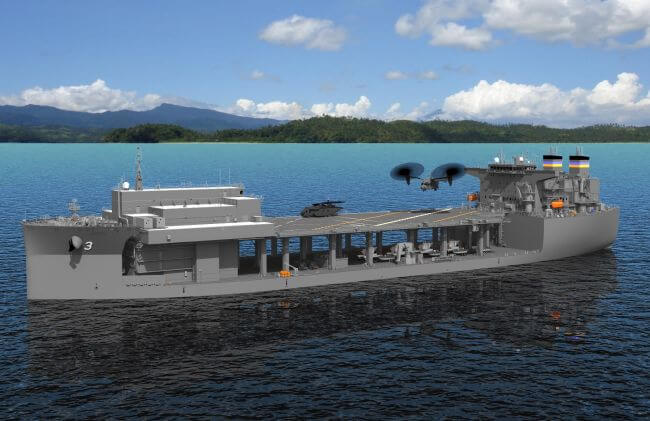 The ship, ESB 5, is the fifth to be added to a contract between NASSCO and the U.S. Navy that originally called for two Expeditionary Transfer Docks: USNS Montford Point (T-ESD 1) and USNS John Glenn (T-ESD 2).

The first two ships, formerly classified as Mobile Landing Platforms (MLPs), were designed and constructed by NASSCO to support vehicle staging and transfers, and the movement of LCAC vessels. In 2012, a third ship, USNS Lewis B. Puller (T-ESB 3), was added to the contract and reconfigured as an ESB, formerly known as a MLP Afloat Forward Staging Base, to support a wide range of military operations. All three ships have been delivered to the U.S. Navy, and in October 2015, NASSCO began construction on ESB 4, USNS Hershel “Woody” Williams. 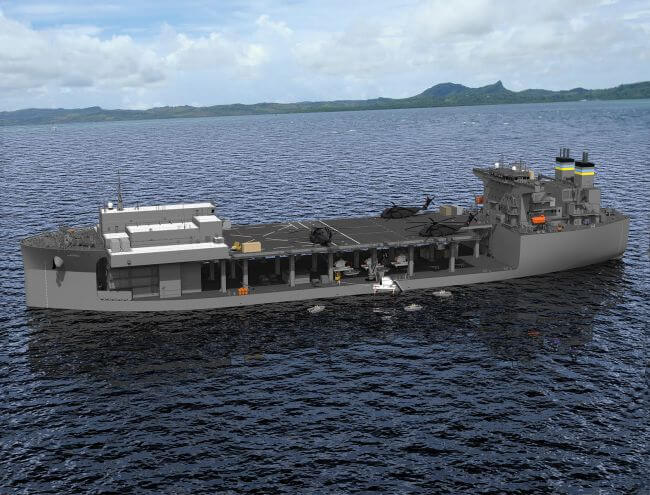 NASSCO is the largest shipyard on the west coast of the United States conducting design, construction and repair of ships. In the past decade, NASSCO delivered more than 30 ocean-going ships to government and commercial customers, including the world’s first LNG-powered containerships and several other lead ships.