On Saturday, March 25, General Dynamics NASSCO christened and launched the Palmetto State – the final ship in an eight-ship ECO Class tanker program to be constructed at NASSCO.

Congresswoman Susan Davis (CA-53) served as the principal speaker for the event. As the ship’s sponsor, Mrs. Linda Rankine christened the ship with the traditional break of a champagne bottle on the ship’s hull. She is the wife of Bill Rankine, manager of marine chartering and operations for CITGO. Ms. Karen Herrmann, NASSCO’s manager of planning, served as the trigger honoree, and Ms. Shari Flippin, marine chartering manager for CITGO, was the first shore removal honoree. 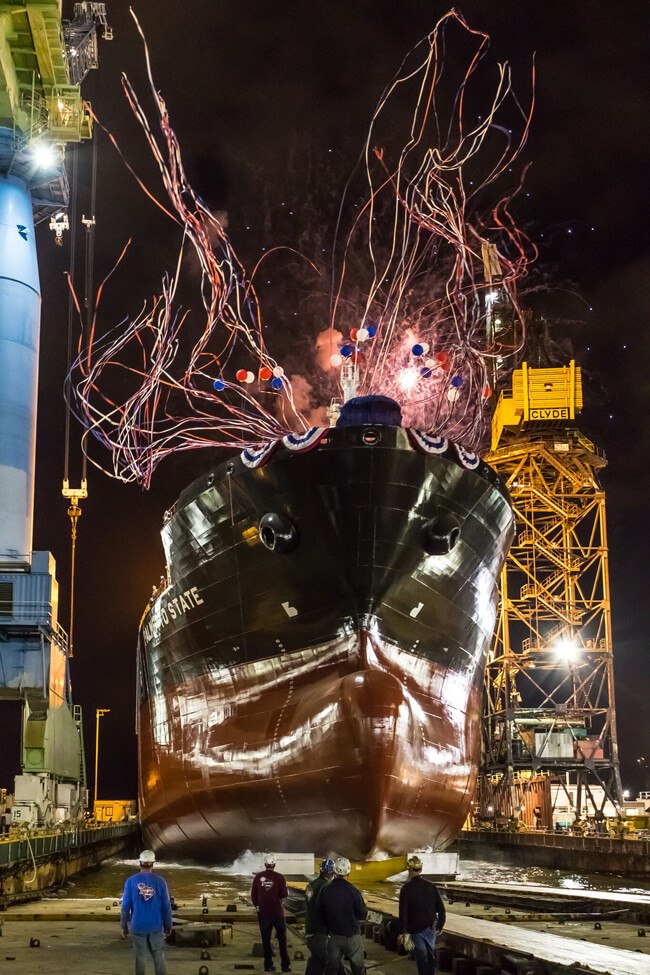 More than a thousand shipbuilders, their family and friends, and members of the community attended the celebration.

“What began nearly five years ago as a concept to design and build the Palmetto State and her sister ships involved nearly 4,000 individuals coming together for one common purpose,” said Kevin Graney, president of General Dynamics NASSCO. “Saturday night’s celebration highlighted the contributions and milestones achieved by the thousands of men and women who worked to bring this program – and other programs at NASSCO – from concept to delivery.”

In 2013, NASSCO entered into agreements with two companies, American Petroleum Tankers and SEA-Vista LLC, to design and construct a total of eight 50,000 deadweight-ton, LNG-conversion-ready product tankers to include a 330,000 barrel cargo capacity each. Seven of the eight tankers have been delivered to their respective customers. The eighth and final tanker, the Palmetto State, is scheduled for delivery this summer. 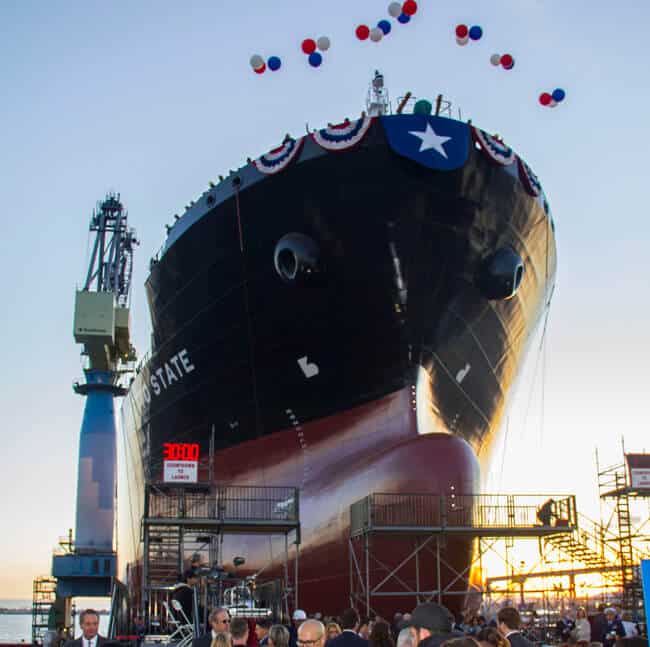 A product of advanced technology, innovation and strong manufacturing, the Palmetto State and her sister ships are the most fuel-efficient tankers to service the Jones Act trade. With an “ECO” design, the tankers offer 33 percent increased fuel efficiency and cleaner shipping options.

NASSCO is the only major shipyard on the west coast of the United States conducting design, construction and repair of commercial and U.S. Navy ships. In the past decade, NASSCO delivered 29 ocean-going ships to government and commercial customers—including the world’s first LNG-powered containerships. In the past two years, NASSCO processed more than 120,000 tons of steel.