Their CIC for 2016 is aimed at verifying compliance with relevant parts of the Maritime Labour Convention, 2006 (MLC) and the campaign demonstrates the importance of decent working and living conditions onboard ships, as well as ensuring that seafarers’ rights are respected.

The MLC entered into force on 20 August 2013 and sets out the obligations of shipowners and operators with respect to seafarers’ contractual arrangements, working hours, accommodation and recreational facilities, catering standards and their health and safety. Although the Convention has not been ratified worldwide, it has widespread effect because of its “no more favourable treatment” clause which ensures that no advantage is to be gained from registering a ship in a state that is not a party to the Convention. 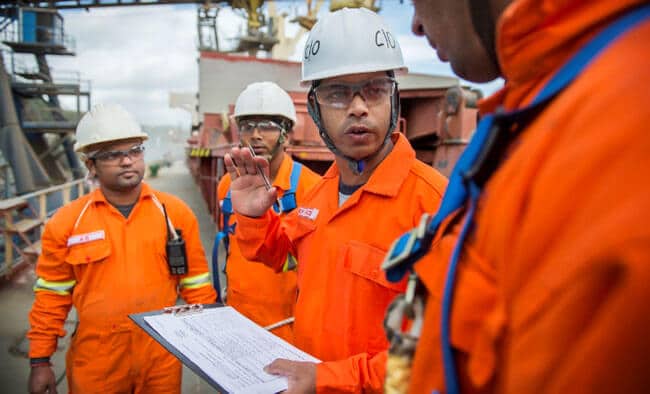 According to Paris MoU’s annual report for 2015, approximately 15 per cent of all registered deficiencies in the region in 2015 related to working and living conditions on board ships. Most deficiencies were found in the areas of health and safety and accident prevention (41%), food and catering (17%), hours of work and rest (12%), accommodation (9%) and seafarers’ employment agreements (6%).

Their CICs for 2016 are aimed at verifying compliance with the relevant parts of SOLAS and related guidelines concerning procedures and measures in place for the safe stowage and securing of cargo. The CIC will also be important in light of the mandatory container weighing requirements that came into force on 1 July 2016.

The Tokyo MoU press release dated 1 August 2016, contains a questionnaire with 10 selected items to be used by PSCOs during their regular inspections (click here for a copy). Similar questionnaires are likely to be used by attending PSCOs in all the MoU regions.

Gard’s Members and clients are encouraged to become familiar with the CIC criteria prior to the commencement of the campaigns. As most of the Maritime Administrations have delegated the certification of ships under IMO Conventions and Codes to the classification societies, we also recommend contacting vessels’ classification societies to obtain more detailed information on typical survey procedures related to the announced CICs.

A self-inspection/assessment on board is recommended and all crew members should be provided with training prior to entering the port of inspection during the CIC period.

When deficiencies are found, actions by the port state may vary from recording a deficiency and instructing the Master to rectify it within a certain period of time, to detaining the ship until serious deficiencies have been rectified. The results of the CICs will be analysed and findings will be presented to the governing body of the MoUs for submission to the IMO.