You are here: Home › Shipping News › Fuel Cells To Be Tested Onboard AIDAnova Starting 2021
TwitterFacebookLinkedInPinterestBuffer

Freudenberg Sealing Technologies will act as a technology partner in the Pa-X-ell2 project. The goal is to develop a new generation of fuel cells for use on seagoing vessels.

In the future project on sustainable, CO2-free mobility at sea, the largest shipyard for the construction of cruise ships – Meyer Werft in Papenburg – and the global technology specialist Freudenberg Sealing Technologies intend to equip future generations of cruise ships with fuel cell propulsion. 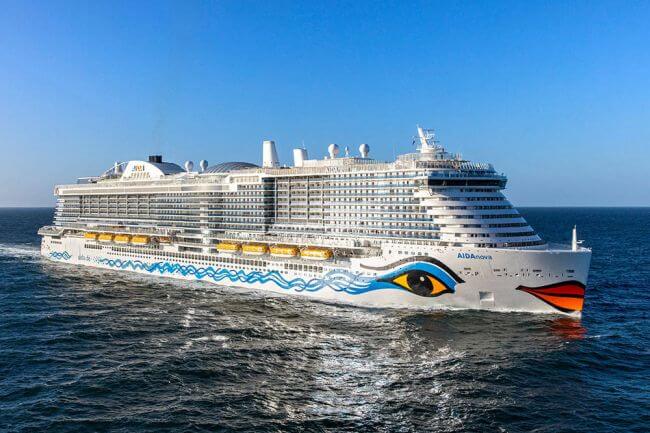 The sustainable reduction of emissions have become an important issue in shipping. The global shipping industry, represented by the IMO (International Maritime Organization), has set itself a climate protection target. By the year 2050, greenhouse gas emissions are to be reduced by 50 percent. In addition, emissions of exhaust pollutants are to be significantly reduced, especially in coastal waters. Already today, corresponding emission control areas and driving ban zones have been established or are even being extended in many coastal regions worldwide.

Last year, AIDAnova was the first cruise ship in the world to enter service with low-emission liquefied natural gas (LNG). The use of LNG is currently the most environmentally friendly solution in ship operation. As a result, the emission of fine dust and sulphur oxides is almost completely avoided and nitrogen oxides and CO2 emissions are reduced.

Growth in this segment continues unabated. According to the Cruise Lines International Association (CLIA), there are currently around 270 ships belonging to CLIA members worldwide.At less than one percent, the share of cruise ships in the global merchant fleet of about 90,000 ships is rather low. But tankers and cargo ships will also need to be converted to environmentally friendly propulsion and energy systems in the years to come.

Against the backdrop of ever stricter CO2 limits, Freudenberg Sealing Technologies has been supporting industry in researching alternative propulsion and energy concepts for decades. As early as the mid-1990s, the company developed technically sophisticated components for fuel cells and batteries and, among other things, developed gas diffusion layers (GDL) and seals for fuel cell stacks ready for series production.

Freudenberg Sealing Technologies strategically supplemented and strengthened the know-how it has built up over decades by acquiring a fuel cell manufacturer at the beginning of 2018. At the same time, the company has also acquired important technological expertise in battery technology through its investment in the US battery manufacturer XALT Energy. In this way, the company has achieved an outstanding market position in the field of alternative and electric drives with the two future technologies batteries and fuel cells. According to Freudenberg Sealing Technologies, the combination of these two technologies for clean, powerful and economical drives will be widely used in series production in the future.

With this solution, the company offers manufacturers of heavy-duty applications – especially buses, trains, trucks and ships – complete electrical energy systems from a single source for the mobility of the future. This covers complete battery to highly efficient mobile fuel cell systems, including all components, modules and subsystems necessary for their operation. The portfolio will also be extended to include integrated hybrid propulsion systems that complement the advantages of batteries and fuel cells. At the beginning of September, Freudenberg Sealing Technologies had announced a cooperation with the long-distance bus company Flixbus to test the fuel cell drive in its vehicles.

This gives Freudenberg Sealing Technologies a unique in-house depth of value creation for both batteries and fuel cells. It ranges from the separator to the cell to the complete battery system or from the gas diffusion layers to the membrane electrode unit (MEA) and the stack to the finished fuel cell. As in a standardized modular system, the systems can be put together modularly in different performance levels depending on the requirement profile. For operators, this means higher efficiency, better suitability for everyday use and advantages in terms of total cost of ownership (TCO).

In cooperation with the other companies in the consortium, Freudenberg Sealing Technologies is taking part in the project to investigate the use of fuel cells with integrated fuel reforming on board future passenger ship generations. The fuel cell provides the capability of generating energy on board. It operates with low emissions, low noise and low vibrations. The fuel cell is powered by hydrogen, which is reformed from methanol. When used as an energy source, methanol also offers good properties in terms of storage volume.

After intensive onshore tests, the fuel cell from Freudenberg Sealing Technologies is to be tested for the first time on board of AIDAnova from AIDA Cruises, built at the Meyer shipyard in Papenburg, Germany starting in 2021. For this reason, the fuel cells will also be designed to last much longer than cells used in passenger cars. Initial tests have shown that a service life of more than 35,000 operating hours can be achieved.

The project is being publicly funded by the Federal Ministry of Transport and Digital Infrastructure (BMVI) as part of the “National Innovation Program Hydrogen and Fuel Cell Technology” (NIP).

German Cruise Ship To Begin Sailing With 217 Filipino Seafarers Onboard