The French FREMM destroyer FS Provence discovered and seized a large weapons cache following the boarding of a dhow in the Northern Indian Ocean. At the time FS Provence was operating as part of the Combined Maritime Forces Combined Task Force 150 (CTF 150), which conducts maritime security and counter terrorism operations.

The dhow was spotted heading toward Somalia by Provence’s Caïman helicopter whilst it was undertaking routine surveillance in the Northern Indian Ocean. Subsequently, Provence boarded the dhow and determined that it was without nationality. Provence then undertook a search of the vessel, during which the weapons were discovered. The haul included several hundred AK47 assault rifles, machine guns and anti-tank weapons. 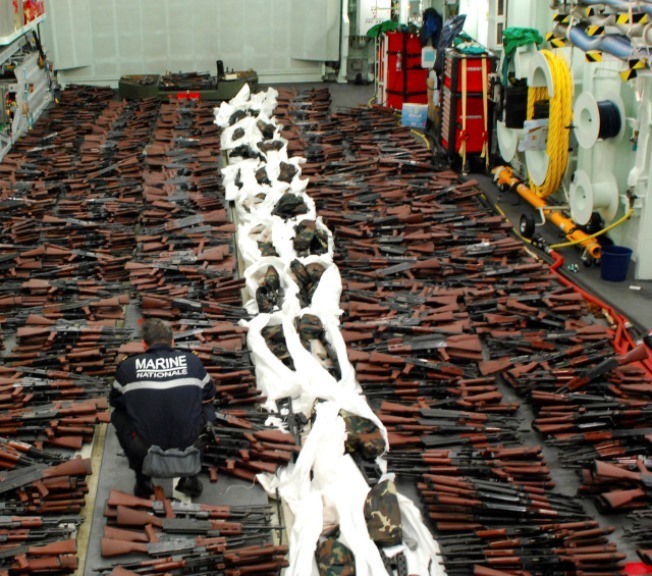 As illicit weapons were deemed to be destined for Somalia, they were seized under the United Nations Security Council mandated arms embargo in accordance with UNSCR 2244(2015). The Commanding Officer of Provence commented: “This success remains a collective one, showing the value of like-minded nations committing ships and aircraft for the common good.”

“France has been supporting Combined Maritime Forces operations since their inception. This seizure is another French contribution to the stabilisation of the region.” said a CMF spokesperson.