At its meeting on 25 July, the Board of the Freeport of Riga decided to purchase and install two new air quality monitoring stations, one of which will be placed at the newly built multifunctional terminal in the north-western part of Krievu Island and the other in close proximity to the residential area around Lielupes Street in the Bolderaja District. The stations will be built and start working by October. 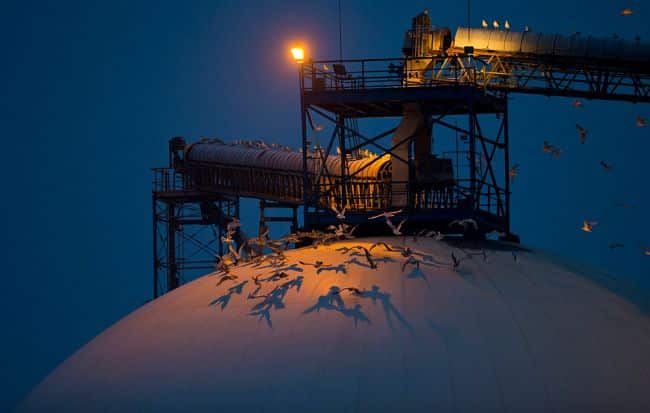 ‘The second phase of the Krievu Island Terminal development project is nearing its end and very soon coal handling will be moved from the areas close to city centre to the new multifunctional terminal on Krievu Island. Thinking about the quality of life of the people living close to the terminal and complying with the conditions of the State Environmental Bureau assessment report, we decided to buy and install the air quality monitoring stations. In addition to the 23-metre high wind wall, which is being constructed on Krievu Island to reduce the amount of coal dust escaping to the environment by wind, this step will strengthen confidence that the terminal meets the highest environmental standards,’ said Andris Ameriks, Chairman of the Board of the Freeport of Riga.

According to the procurement terms, the monitoring station equipment, i.e. dust analysers, should be able to distinguish a PM10 fraction of dust from other dust particles and measure the concentration of that fraction in the air using at least two measurements methods simultaneously while complying will all the European Commission requirements and standards. The stations will work in an online mode with continuous measurement data transfer. In addition, if necessary, the monitoring stations with their equipment can be moved to another location.

The air quality monitoring stations will be purchased in an open tender and the purchase agreement will include the station delivery and installation, provisions for continuous air quality measurement and maintenance.

To free the centre of Riga from coal cargo and transfer the handling of coal to the new terminals equipped with modern technologies on Krievu Island, in 2012 the Freeport of Riga Authority commenced the project ‘Development of infrastructure on Krievu Island for the transfer of port activities from the city centre’. On 31 December 2015, the construction of the principal infrastructure of the Krievu Island Terminal was completed, which included 4 deep-water piers (15.5 m) with the combined length of 1,180 metres, the necessary access road and utility infrastructure.

Alongside the construction of the additional infrastructure commenced by the Freeport of Riga Authority in September 2017, stevedoring companies are building administrative and process buildings and installing special-purpose equipment for coal handling, crushing, transportation and loading onto ships.