From 1 January 2016 sea-going vessels will be able to dispose of unlimited plastic ships’ waste free of charge in the ports of Rotterdam Rijnmond and the North Sea Channel district. The waste must be presented separated and clean. The port authorities of Rotterdam and Amsterdam agreed on this with the waste collectors in the ports.

This action comes under the Green Deal Ships’ Waste Supply Chain that the Minister for Infrastructure and the Environment, Schultz van Haegen, entered into with the sector on 10 September 2014. 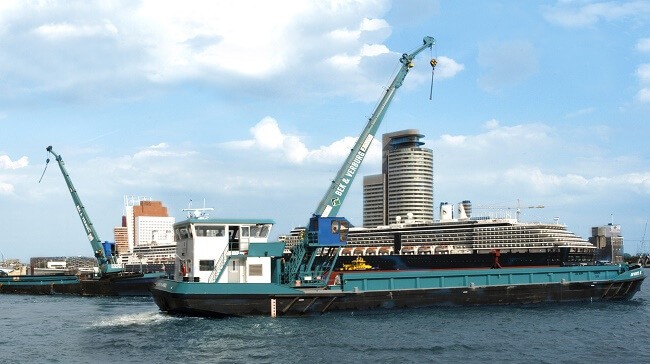 Not a cost item

Minister Schultz is pleased that the Green Deal is bearing fruit. “This is a great step towards reducing plastic waste at sea. Plastic waste is no longer a cost item, but can be disposed of free of charge and will be used more and more as a raw material in the recycling industry.”

The Green Deal has been operating for over a year and the separate collection of plastic ships’ waste is growing steadily. Extra quality requirements have been incorporated into new and renewable licences for waste collectors when it comes to collecting, sorting and recycling plastic. In addition, Dutch and Flemish ports have agreed on a joint financing system for the waste collection. The Netherlands is also pressing the European Commission to review the directive on the so-called ‘port reception facilities’.

In 2014 agreements were made in the Green Deal, on such issues as waste prevention when ships stock up, waste inspections, separate waste disposal and the harmonisation of procedures in the ports.